So I am sure anyone out there that is interested in the Sounders FC has heard something about the kit leak by this time.

Unfortunately I had a rough and busy day at work culminating, mercifully, in my boss buying me a whiskey on the rocks at the local Irish Pub.

Anyways, here is the supposed Seattle Sounders FC kit that was supposedly leaked (by who or what, no one seems to have any idea) earlier today. 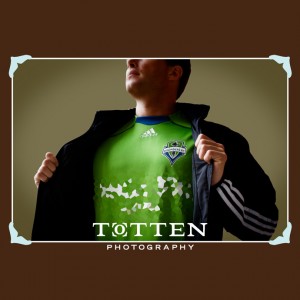 Well, the first thing I must say is that I hope to god this is not the real kit. It is an ugly color, stupidly simple and looks like something less from a professional league and more from one of my childhood club soccer teams. My high school had nicer jerseys than that and we were a private school that played in single A.

If this is the kit, we are only living up to the stupid idea that Seattle has a "trend" of teams with ugly jerseys. A theme made popular by ignorant East Coasters who have nothing else to say about a team like the Seahawks (since they know nothing else about them and are mostly ignorant about Seattle sports).

As some of you might have also heard, the jerseys supposedly will be sponsored by Jones Soda. If you have never heard of it, I do not blame you.

Jones Soda??? JONES SODA??!??!!? Wtf? Are they taking out a loan to sponsor the jersey? Aren't they hovering inches above declaring bankruptcy? I really cannot believe that a soft drink that is only consumed by high school kids, hipsters and skateboarders will grace the front of the jersey.

According to my good buddy GOALSEATTLE.COM, that is in fact the jersey... sighhhhh.
However, I am just gonna go ahead and call BS on the soda thing.

If I sound angry right now, it is because I am. That kit is hideous and makes me think only of vomit. Please don't be it.