Who Be Poppin' the Bubbly?

Share All sharing options for: Who Be Poppin' the Bubbly?

by Akeem Samuels and Stephen Rosenshein

Adrian Hanauer would like us to believe that he and fellow Seattle Sounder FC owners, Roth and Allen, are assembling a world-class squad with talent from around the globe. He has been scouting in Africa and South America, looking for players that will propel the squad into the so-called "major" international cups and competitions that MLS teams play in within the first three years of expansion. 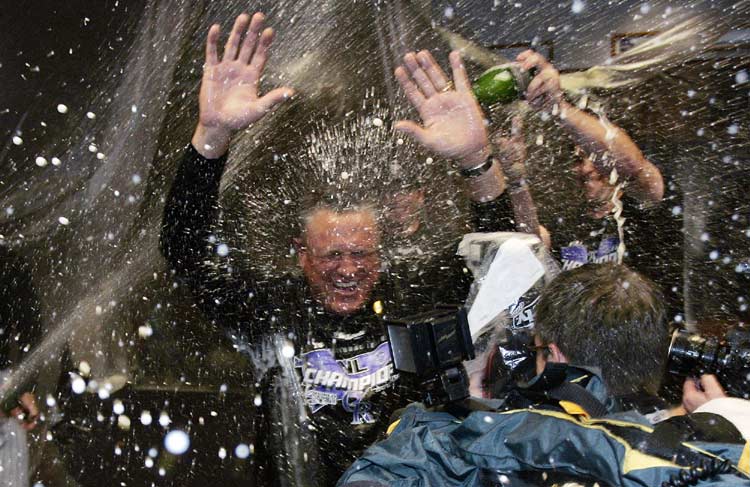 In sports, it is always fun to root for the underdog or the Cinderella squad. We love to see a minnow like Cardiff make its way to the FA Cup Final, or a lower seeded March Madness team show-up a nationally respected program. In soccer leagues around the world, we tune in to newly promoted sides to see if they can stick around in their countries top flight. In the MLS, where there is no promotion/relegation system, expansion is the closest thing we have to the epic struggle to stay afloat.

At the end of the 2009 campaign, will the Sounders FC be popping champagne or cooling off in the cellar? Here is a brief look at the history of expansion in the MLS and how Seattle may stack up against past expansion squads.

MLS expansion began in 1998, when the league went from 10 to 12 teams, adding the Chicago Fire and the Miami Fusion. Miami ended the 98’ season in relative mediocrity with a 15-17 record including 5 shootout wins. In 1998, the MLS did not have ties (gag), but did have the playoffs (double gag), which the Fusion entered as the 4th seed in the Eastern Conference.

The Chicago Fire, on the other hand, faired much better. The team ended up with a 20-12 record and eventually toppled DC United 2-0 in the team's first ever MLS cup. They also completed the unlikely double by beating the Columbus Crew to claim the U.S. Open Cup title.

Still struggling to gain a foothold on American soil in 2001, MLS had to retract two of the twelve teams. The Miami Fusion and the Tampa Bay Mutiny were eliminated from the league. However, expansion began anew in 2005 with the franchises Real Salt Lake and Chivas USA. Real Salt Lake ended up 5-5-22 (yay, ties!) while Chivas ended up 4-6-22 and dead last in the Western Conference. It was not a pretty sight for expansion teams that year.

In 2006, the San Jose Earthquakes brought out the moving trucks and became the Houston Dynamo. Since their relocation, the Dynamo, though not necessarily a true "expansion team" has enjoyed a stellar 26-16-20 record and 2 MLS Cup championships.

As the MLS continued to grow, 2007 saw the league cross the border into Toronto. Despite a raucous and sometimes riotous fan base, Toronto FC had the worst record in the MLS in 2007, going 6-7-17.

The MLS returned to San Jose this year, where the current squad is currently 1-1-3 thus far in 2008. 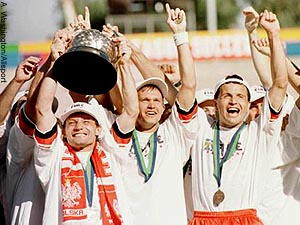 So out of five genuine expansion teams, Houston not included, only Chicago has enjoyed first season success by winning it all their first year. How was Chicago able to pull off the seemingly impossible? Simple, they put a talented squad on the field.

Under head coach Bob Bradley (ring any bells?) Chicago featured some quality international players like Poles Peter Nowak, Jerzy Podbrozny and Roman Kosecki, Mexican Jorge Campos, and Czech Lubos Kubik. In addition, the side featured a few quality homegrown products like Josh Wolff, Ante Razov, and Chris Armas. With the right combination of talent, and just maybe because no one saw them coming, the Fire took the championship in their first year as a franchise.

Can the Seattle Sounders FC follow in the footsteps of Chicago, or are they more likely to suffer a tough first season like most expansion franchises in most sports leagues?

Well, in a league like the MLS, where no one team is light years ahead of another, anything can happen. If the Seattle owners turn out their pockets and shell out big bucks for a quality roster, I have little doubt that the side will be competitive.

It is highly unlikely that they can win the championship their first year. It is possible we will never see another MLS expansion team win it all in their inaugural season (congratulations Fire fans). However, with the right draft picks and signings leading up to the kick-off season, the Seattle Sounders FC will have more cause to toast champagne than chill out in the cellar at the end of the 2009 campaign.