Sounders do it again!!!!!
6-5 on PKs against the Kansas City Wizards.
Seattle now faces the Charleston Battery in the semi-finals. 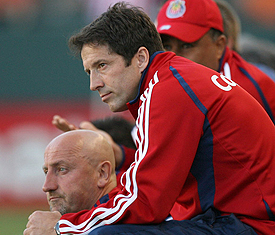 The Seattle Sounders have eliminated Chivas USA from the Open Cup and now move on to play Kansas City on July 8th.

The champion of the Open Cup is awarded a spot in the CONCAFAF Champions League. Such a berth for the Sounders would probably be pass along to the Seattle Sounders FC.