Did you wear your Scarf today?

Share All sharing options for: Did you wear your Scarf today?

So I wore my scarf today, and my Emerald Pitch tee, and in reading the Seattle Times blog, I notice that they adapted it a little bit. What are you doing to grow the sport in this fair city?

Have you noticed people's attitudes toward soccer changing? 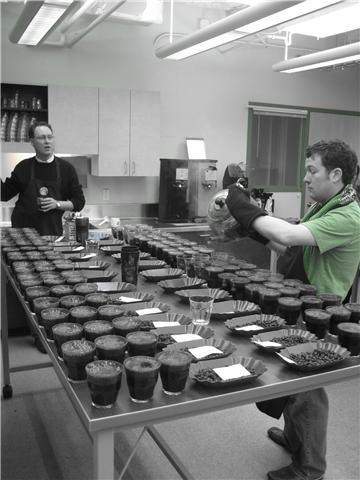 Dave Clark on the right 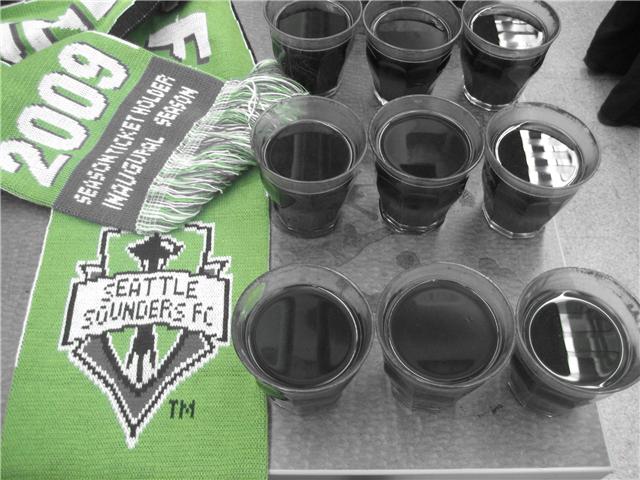 And Larry Stone as a photographer? National Baseball Writer/Photog, the modern economy, everyone does everything. Way to go Larry! I should note Larry was a regular guest on Locked on Sports back when I was the producer.

In other notes, Sounders talk on KJR-AM Seattle today with Pops at the Pitch today at 3:35P (Matt Gaschk on with Groz with Gas), and tomorrow with the First 90. On 710 ESPN Seattle Matt Johnson (Stretch) will have his half hour show at 8:30-9.

Drivers traveling to Sounders games should avoid S. Royal Brougham Way between Occidental Avenue S. and Fourth Avenue S. unless they plan to park in the Qwest Event Center Garage. WSDOT and Kiewit Pacific Co. will use the following game day traffic plan on days with major events at Safeco Field or Qwest Field:
• S. Royal Brougham Way will be closed to through traffic. Previously, the street was narrowed to one lane in each direction on event days. Drivers can get around the closure using Fourth Avenue S., Edgar Martinez Drive S. and First Avenue S.
• Access to the Qwest Event Center Garage will be provided from two hours prior to an event until two hours after an event using one eastbound and one westbound lane.
• Left turns from northbound Fourth Avenue S. to westbound S. Royal Brougham Way will be prohibited.
WSDOT and contractor Kiewit Pacific Co. revised the game day plan after observing vehicles crossing the tracks despite the presence of flaggers, and crossing arms and signals alerting them of oncoming trains. This plan will be in effect until further notice. Pedestrian access will not be affected by these changes.

Grow the sport, grow the love.