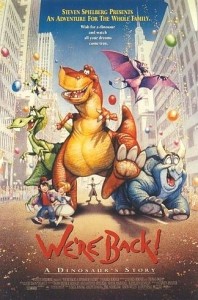 Didn't we always know I'd eventually end up having some kind of role in this blog? I've been feeling pulled in this direction since the first rumors that Seattle was going to get an expansion team, but I resisted. Up till I couldn't take it anymore.

For those who don't know me from the other blogs, I'm Laurie. I live in the Seattle area. My family and I have season tickets for Sounders FC's inaugural season. (Although we have fewer season tickets than we have family members, which will make life interesting. The only given is that one of them is permanently mine. Beyond that, I think I'll dole them out to whomever has been nicest to me in the previous week. Except that my husband is not a footy fan, so...hmm... Maybe that's not actually the best idea. Must give this more thought.)

I blog weekends on The Offside's main page, and sometimes at the France NT page, and have been a passionate LA Galaxy fan and blogger for the past two years. (Don't hate me. There weren't even rumors that Seattle was getting a team back then.)

And even though I'm loving what I'm seeing about the Seattle team, and I am beyond thrilled to finally have a home team to support, I will have some mixed emotions the first time the Galaxy meet the Seattle boys, and I do have a few regrets about leaving that blog and switching team allegiances. Except that...

Well, have you ever broken up with somebody you really liked, just because his/her family was @#$% insane? (**coughBeckhamaniacough**) I'm looking at Seattle's management and ownership and thinking, "Ahhhh, sanity."

I'll talk about the team tomorrow (hint: it's finally looking like we might actually finally be getting some defense), but for now, I just wanted to say: GO SEATTLE!!!!