Soccer Econ 101: Price Increases, OR: What Do Teams Owe Their Most Loyal Fans? (Part 1)

Share All sharing options for: Soccer Econ 101: Price Increases, OR: What Do Teams Owe Their Most Loyal Fans? (Part 1) 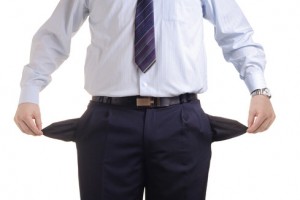 (I got started writing this and realized that there are a LOT of directions this discussion could take. To include them all in one post would bore the hell out of everybody but me, so this is Part I.)

Now that the season ticket renewal push is underway, we've gotten a look at what future ticket costs are going to be. For a lot of people it's caused some sticker shock.

There's been a lot of discussion on the forums about whether or not these increases are fair in a time of recession, given that this year's fans have supported the team wholeheartedly when MLS as a whole is struggling.

This got me to thinking: First, do Sounders FC owe us, the fans, anything for our loyalty, and if so, what? And second, what is a Sounders ticket worth, exactly?

Second question first: I don't know for sure what a ticket is worth, but I can tell you one thing based on current season sales: The value of a ticket is a fair bit more than they charged this year.

This means that they can feel comfortable that raising prices will not lead to a significant decrease in demand, i.e. that price increases up to a certain level will still result in sellouts with the current (or a mildly expanded) seating configuration. 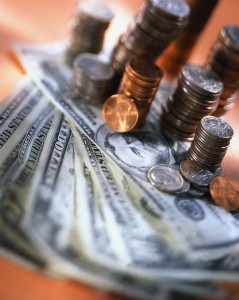 How much of an increase can Sounders impose before they start losing people? No clue. But keep in mind that the availability of tickets for non-2009 STH's is limited by the huge number of 2009 STHs. This means that the team's ability to make money is limited to the seats that don't belong to us.

So if there are 22,000 of us, and 90% of us (19,800) are expected to renew, that doesn't leave a lot of room for others. We take up a lot of what would otherwise be available. The fact that the FO has decided to forgo increases for all of us means that they will need to maximize revenue from the non-2009 STH seats.

And because we STHs limit supply, this means that the number of tickets available outside of our STH seats can be priced much higher to meet the demand of both the person who's been waiting for the limited supply of new season tickets and the occasional attender who's willing to spend more because it's a one-time expense.

Let's be honest here: it doesn't make economic sense for the FO to make extra tickets available to us, the original STH's, at a lower price when they can still be guaranteed a sale where they charge 30% more to somebody else for the same seat. What they're doing instead is giving us first option on the extra tickets at the higher price. I don't know about you, but to me this seems fair.

Now back to question #1: Do Sounders FC owe us, the fans, anything for our loyalty, and if so, what?

One answer is that SSFC has realized that they do owe us for what we've given. With the 30% increase for new tickets, they've even put a price tag on how much they owe us, and it's this:

And they're forgoing the same revenue for the 2011 season, plus whatever price increase they might otherwise charge to a new 2011 STH. This is how much they value me as a fan.

Not sure about you, but this feels fair to me. That $1200-ish for my three tickets over two years is real money. (Money which I should probably save up for when the real price increases hit in 2012.) When I look at it in dollar terms, I don't feel disrespected as an original supporter.

All this leads to a couple of questions, though: What IS the fair market price for a Sounders ticket? And is it fair for the team to artificially limit seats to the lower bowl when they could offer upper bowl seats at lower prices? What about the longtime fans who will eventually be priced out of the market? And does the team owe anything extra to the ardent supporters? The ones who stand, sing, chant and otherwise create the atmosphere?

Glad you asked. These are topics we'll discuss tomorrow.