Are you a Season Ticket Holder? You May be Missing out on Extra Playoff Tickets

Share All sharing options for: Are you a Season Ticket Holder? You May be Missing out on Extra Playoff Tickets 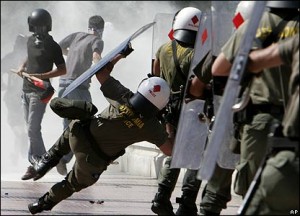 From what I can tell, what seems to have happened is this: STH's bought their playoff tickets first, which is fair. That ended Monday. After that, partial season ticket holders and folks on the waitlist got their shot before the general public. Which is also fair. Next step is ticket sales opening up to the general public, which happens on the 24th.

Except that partial STHs apparently have now been given the option of buying up to 8 playoff tickets. And they are. Yet as far as I can tell nobody notified the STHs of the option to purchase more tickets (I know I haven't gotten an email), and the good tickets are being snatched up quickly. So if you're in that boat? I'm being told that even if you try to buy tickets now, you can't until they tell you you can.

I only wanted my three tickets, so this doesn't affect me. But as an original STH, if I'd been patiently waiting my turn for extra tickets and ended up having to buy them at a premium on StubHub from non-STH's? I'd be pissed.

(It's a good thing Seattlites are too polite to riot.)

For more, read through the comments on GoSounders.