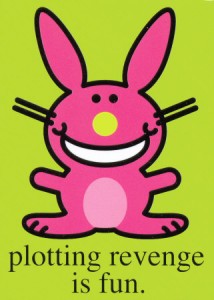 So. FC Dallas player Jeff Cunningham is on a killer scoring streak. How hot is the guy? He's so hot that it kind of makes you wonder about the state of his soul.

Here's the scene: Late at night, dark alley, Jeff and Satan. "Okay, devil," says Jeff, "it's mid-season and my team is sucking rocks. So I'll tell you what. You get rid of Kenny Cooper, get us to the playoffs and give me the golden boot. If you can make all that happen, this soul is yours".

What this means, Sounders fans, is that we will be doing him a huge favor if we shut him down and let Fredy Montero score six goals. Which we can do. Because we're just that altruistic.

Truly, Jeff. We only have your best interests at heart. You will thank us when you come to your senses.

About the game: Seattle vs. FC Dallas. I cannot think about this game without thinking about the US Open Cup semis of 2007. And apparently I'm not the only one, because Prost Amerika tells us that it's been precsely 795 days since it happened.

You remember. FC Dallas. More diving than the summer Olympics. Better acting than a Shakespearean festival. More spoiled brat behavior than an entire roomful of Paris Hiltons. And, sadly, the ref bought it all and they walked away with the win.**

I believe that now it's time for a little revenge. A win tomorrow would put Seattle in at least third in the West and essentially knock Dallas out of playoff contention. And wouldn't that be sweet? (I think they could technically still qualify mathematically, but that would pretty much require lightning to strike all the other teams in contention.)

Some come on, you Sounders. It's not that often you get the opportunity to win at home, break a scoreless streak, knock a rival out of the playoffs and save a soul.

Get to the Match Early (GoSounders)

**I know I've said this before, but whenever I think about this game and start feeling a little upset, I just watch this video of my hero, Ricardo Clark, giving then-FC Dallas player Carlos Ruiz what he deserved that night. (And yes, this does make me a horrible person. What's your point?) And as I say evry time, be sure to watch how Carlos gets kicked in the shoulder but rolls around holding his face.