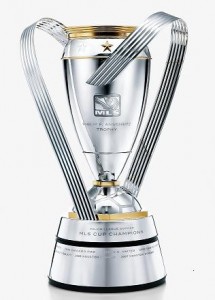 A couple of opportunities for you to engage your rave green voting fingers.

(I hear there's a pill to fix that. But you might want to wait to take it till after the playoffs.)

Soccer by Ives currently has a poll up asking who's going to take the MLS Cup. The LA Galaxy are currently winning, with 41%. (Yes, I'm serious.) Sounders are second with 16%, currently sitting just above Columbus's 15%.

We all know that this is not right. Beckham doesn't give an expletive about MLS, and he damn well doesn't deserve a Cup. So go show those LA fans who's the boss of pre-playoff voting.

And don't forget, there's still a few hours to vote for Brad Evans' goal for Goal of the Week. He's currently losing, but not by much. (C'mon, people, what happened to the bots our techies were going to create? The ones that could rival the FC Dallas fans? The ones that would keep us from having to trek over to MLSnet every week like all those people who live in non-tech cities?)

And that's it for me. I'm off to sleep off this crud. Which I don't think is Swine Flu. More like...Sleep-for-Twenty-Four-Hours-Straight-and-Wake-Up-Still-Tired flu.

But I'm sure I'll be better by tomorrow. (It's called the playoff antidote. Fixes pretty much everything.)