Multiple Opportunities to Vote for Your Sounders

Share All sharing options for: Multiple Opportunities to Vote for Your Sounders 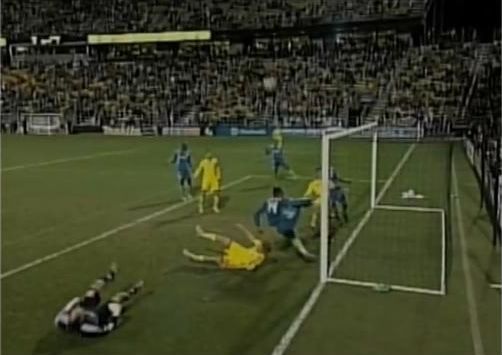 Before you read this post, I want you to remember something: Fredy Montero was leading for Goal of the Week last week right up until the last couple of hours, when he was overtaken by a concerted effort by Dallas fans to give the award to Jeff Cunningham. We let our guy down, people. Let's not let it happen again.

Several important voting opportunities you need to take advantage of.

First, both Kasey Keller and Tyrone Marshall are up for "Save of the Week" over on the MLS site. (I can't find a good photo of Tyrone's save, so instead I give you a crappy screen shot from the video. You get the point. Ball's up at crowd height.) Both were fantastic, but the risk here is that they will cancel each other out and allow somebody else so squeak in and take it. So my advice here would be to vote for Tyrone a dozen or so times, then toss in a couple for Kasey, just so he doesn't feel bad. Lather, rinse, repeat.

Next and equally important, we get the chance to show the city how much we love the team. King 5 wants to know our "Best of Western Washington," and the Sounders are up in two categories:

Western Washington's Moment of the Year for the team's amazing inaugural season.

Yes, you have to register, but I think our guys deserve it. Let's show those Seahawk people who really runs this town.