Was Divot-Gate a Premeditated Crime?

Share All sharing options for: Was Divot-Gate a Premeditated Crime? 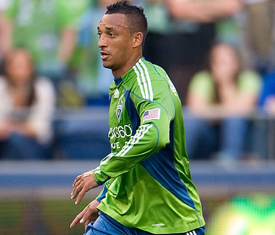 Interesting post by Bill Archer over at Big Soccer -- who is, yes, a Crew fan, but who is also a referee and devotee of the game rather than a blind homer. So if you feel a need to go over there in attack (or defense) mode, at least read the entire article first.

Among other things, he has this to say about Divotgate:

For example, will the league do anything about it? As noted, there's no video that we know of, but the linesman surely saw it, unless he too was distracted by the argument.

Was this plan widely known amongst the team? Anyone who has been around a Sigi Schmid-managed side knows that the Round Mound is, to put it gently, a control freak. You don't change the way you lace up your boots without his permission. Is it conceivable that a group of players cooked up a scheme like this without his knowledge and approval?

Is this cheating or gamesmanship? [...]

As for me, if I was a Seattle fan I'd be chuckling into my sleeve as I made clucking noises about how I of course don't condone these sorts of shenanigans. As a Crew fan (maybe you heard) I should be calling for a Congressional inquiry and prison terms for the perps.

More to the point, if Seattle edges out another team, say Colorado or Salt Lake, for a playoff spot on the basis of preplanned cheating, those teams have every right to be pretty pissed off.

What do you think? Any possibility that this was preplanned?

Obviously, there's no way for outsiders to tell, but I'm having a hard time seeing it.

Although I'll be honest here. I don't find it at all unlikely to imagine Sigi bringing in Tyrone (remember, they were together in LA) partly because, in the back of his mind, he knew full well that Tyrone is capable of something like this. Tyrone likes to win. Full stop. And yes, maybe the rest of the team started to enjoy the headgames once they saw what Tyrone was doing.

Gamesmanship? Definitely. Unsporting? Probably. Premeditated? I'm having a hard time with that. 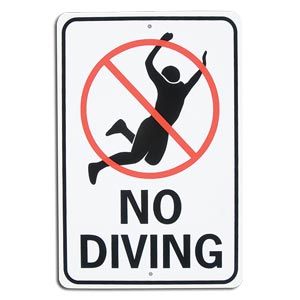 Something I'd like to throw out, though. Acts like this don't exist in a vacuum. They exist in the context of a game where both sides are trying to gain advantage at the expense of the other team.

In Seattle, though, it does us no good to dive or embellish, because quite frankly we don't have the players who can make it pay. (Are any opponents quaking in their boots at the thought of a Freddie Ljungberg free kick being driven into the net by Jaqua's head? I don't think so.) The only thing Fredy Montero's embellishment in the early season got him was a bad reputation.

There's no question that Seattle got the mental advantage over Columbus in the two minutes and sixteen seconds that elapsed between penalty call and penalty kick. And I'd even be willing to admit this may have been a bit unsporting, and that Tyrone probably deserved a yellow.

But to say that other teams -- teams which have figured out their own ways to make gamesmanship pay -- deserve a playoff spot over Seattle because of this is making far more out of it than the issue merits.

P.S. Marshall is still my MotM.