It's Time to Play "Guess Those Legs!"

Share All sharing options for: It's Time to Play "Guess Those Legs!"

So I was over at Seattle Soccer Examiner attempting to take David's quiz where we're supposed to match Sounders' legs to the players. And then I was comparing my mental answers to the answers other people left in his comments.

After doing this, I would like to make the following announcement:

Other people have spent far more time studying our guys' legs than I have. FAR more.

But David has asked for my thoughts and hints on the players, apparently because my XX chromosomes will offer up a different perspective from the norm? So let's get started. And when you're done, stop by David's place and make your guesses. 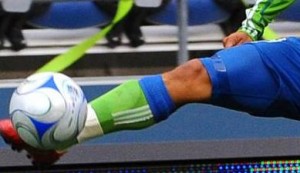 Hints:
1) Red boots
2) The clothing article that Kickette refers to as "the evil that are base layers."

(Not that I read Kickette regularly. Or anything.)

And if that's not enough, there's the little matter of...
3) The number on his shorts. (Not THIS leg. The OTHER leg.)

You got it, right? You're welcome. 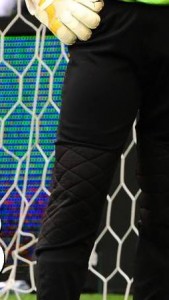 Next. Another easy one? Or not so much? When I was swapping emails with David, I guessed this one and another one. He said I got one right. So either his #1 is NOT Nate Jaqua or this is NOT our #1 goalkeeper. What do you think?

Me, I think this one has to be Kasey. Because nobody perches hands on hips in disgust (or in post-upfield kick reflection) quite like The Keller.

Either that or it's Chris Eylander or Ben Dragavon or Terry Boss doing a Kasey Keller imitation. (Do those thighs look a little massive to be Keller's?)

Oh, what? The man's almost forty. I can notice. 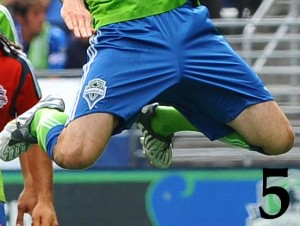 I really don't want to know who that is.

And I think I'm done now.

Actually, I think I'm scarred for life. Thanks, David.

(Please tell me that's just a trick of light, fabric and air pouches.)

There are more photos -- of legs, only of legs -- over on the original page. Do be sure to go and make your guesses.