Vote: Marshall or Ianni for Sunday?

Share All sharing options for: Vote: Marshall or Ianni for Sunday? 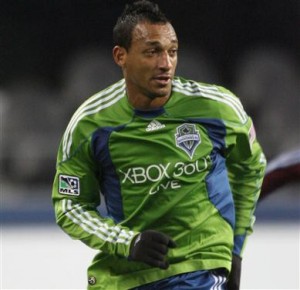 A not-so-horrible dilemma to have: two great choices to play alongside Jhon Kennedy Hurtado in central defense on Sunday.

On the one hand, Tyrone Marshall. Experienced and solid. His pairing with Hurtado is established. When they're on the pitch together, miscommunications are few. And he's scored a couple of times in important games on set pieces.

On the other, Patrick Ianni. He's shown that he can get the job done against Houston, which just happens to be his former team. He scored a goal-of-the-week against them at Qwest during the season, and had two near-misses last Thursday. And he looks like he has the potential to be even more lethal on set pieces than Tyrone. 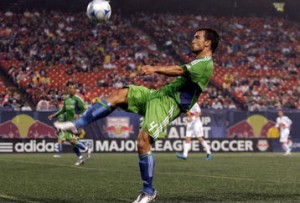 The current status on Marshall is this:

Tyrone Marshall said he had a "procedure" done on his right knee on Friday, and that he needs 48 to 72 hours of resting the knee before he can feel right, or not feel soreness in the knee.

But let's ignore that. If you're Sigi and both are available, who do you go with?

Which central defender would you like to see start on Sunday?(surveys)