$100 Fine for Pat Onstad. A Hundred Freakin' Dollars. Oh, Did I Mention? MLS Are Cowards

Share All sharing options for: $100 Fine for Pat Onstad. A Hundred Freakin' Dollars. Oh, Did I Mention? MLS Are Cowards 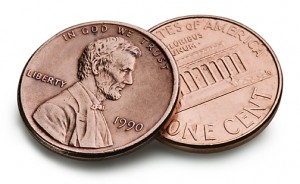 So back when I was about five, my family got really bad service in a restaurant. So bad that my parents very uncharacteristically decided not to leave a tip.

Later, when we were driving away, I started crying.

My mother was, of course, horrified. Because leaving no tip is kind of...ambiguous. Leaving a nickel tip is a slap-in-the-face insulting statement.

That's kind of how I feel about Pat Onstad's "punishment" for his shoulder slam on Fredy Montero. It was announced today and is...

No, I didn't leave off a zero. That's: One. Hundred. Dollars. Officially for "lack of respect for the game."

Because no punishment at all could in theory kind of mean, "Oh. We forgot." A hundred dollar fine, on the other hand, means: "Pfft. Who cares?"

We care, MLS. Way to enforce your rules and tell players that this is not the way you want them to behave.

I am officially disgusted.