The Deepest Cuts of All...

Share All sharing options for: The Deepest Cuts of All... 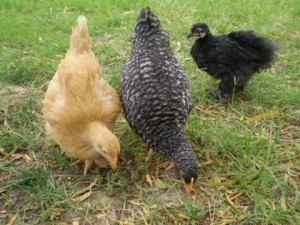 Since I've been an MLS fan, I've had one overriding philosophy about trialists:

Trialists are like chickens. You don't want to give them names, because you get all attached, and then your heart gets smashed to pieces when their little heads are rolling in the dirt.

Easier said than done when a bunch of these guys are our Sounders USL guys.

Guppy was a longshot anyway though he made some nice saves in practice. Jackson, O'Brien and Pore are a bit surprising -- all appeared to be doing well but apparently the coaches thought otherwise with each game. Screpis, with all respect to him, looked lost out there, at least in the game that I saw in person. Kirk was likely a casualty of the emergence of Steve Zakuani and Sanna Nyassi. With O'Brien, Seattle has two solid center midfielders in Brad Evans and Osvaldo Alonso, and Stephen King played well this week, perhaps making O'Brien expendable. Also, designated player Freddie Ljungberg is a center midfielder who will be back next month some time, it's believed.

I know it had to be done, and that Sigi is truly picking the guys he thinks are best, but... I almost wish we had a coach with a sense of what it means to be a Seattlite. I saw these guys demolish MLS sides. I know they're capable.

It's sad -- the rosters were trimmed this year from 28 to 24, with the Reserve division eliminated. This means that four guys who might've gotten a chance this year are now out in the cold.

But at least Roger Levesque is still in the running, right? And I think he's scored twice in their first three preseason games.

(I probably shouldn't say that. I feel like I'm dooming all of the USL chickens by naming them by name.)

Sigh. Best wishes, guys. Here's hoping for a soft landing. Best of luck in USL, or wherever you end up.