The Second Award, Plus the Third Quiz! (All together now: Ooooooooh!)

Share All sharing options for: The Second Award, Plus the Third Quiz! (All together now:  Ooooooooh!)

This is a three-part post. First we have the awarding of the Offside Certificate of Merit to yesterday's winner Jordan. (Woohoo Jordan!) Second? A rewriting of the rules for the quizzes from here on out. Because the old rules were creating a bit of an anticlimax.* And third, the photos of our three Sounders-to-be-guessed.

*Anti-climax: (Def. from the Urban Dictionary.)
Ineffective end to anything that has suggested a climax.
Usage: "When I clicked on 'Anticlimax' I was expecting something smutty. It was a real anticlimax to find a sensible definition."

Part 1: Congratulations to Jordan for being the superstud (assuming you're a guy, otherwise stud-ette) of the Seattle Offside by guessing all of yesterday's players: Steve Zakuani, Sebastien LeToux, and James Riley. Here you go, Jordan. Try not to pass out from the excitement! 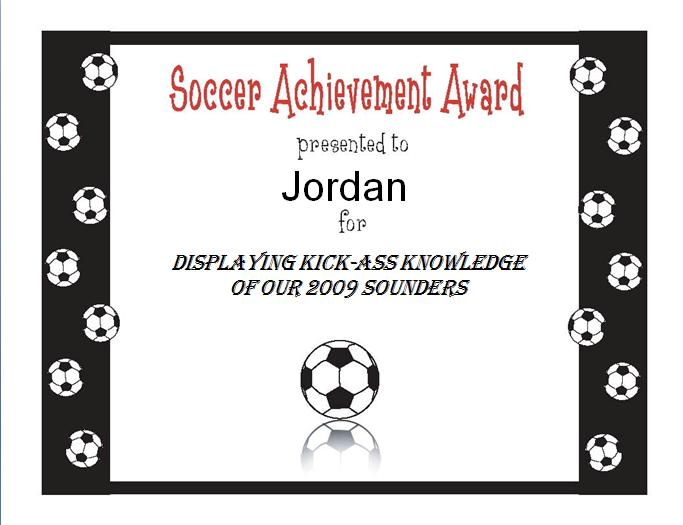 And as always, apologies for the crappy graphic quality; click here for the much better and totally printable version.

(Also, I'm figuring out how to work these templates, and I have a fantastic one for the first female who guesses correctly. Everyone else? Be afraid.)

Part 2: Yes, anticlimax. That's what happens when you go in to play a game and see that the one and only answer has already been guessed by the first person to respond. Jordan suggested that I hide comments until tomorrow, but alas, according to our tech guy, "That's probably a plugin we dont have." In other words, it won't work in this blog. So, instead, we have the

NEW RULES: Email your answers to me at laurie[at]theoffside[dot]com. And please actually do it, because if there are no comments and no emails, I'm going to get an unpopularity complex and it will totally destroy my weekend.

PLEASE DON'T LEAVE YOUR ANSWERS IN THE COMMENTS. EMAIL THEM TO ME AT laurie[at]theoffside[dot]com.

(Wow. That looks much nastier and more official in reality than it did when I was planning it. Photos below the jump.) 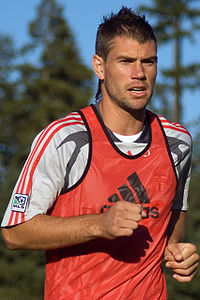