The Crapids Beat us One-Nil (and Fredy WILL BE BACK)

Share All sharing options for: The Crapids Beat us One-Nil (and Fredy WILL BE BACK)

So I was over at The Officials today and clicked on the link about our 0-1 loss to Colorado, and I got the following message.

"We are sorry. An unexpected error occurred."

Given that we're talking about a one-nil loss where the only goal came on a penalty? I like it. Short, sweet, gets the point across.

What this means is that I'm perfectly happy to feel sorry for them, but I don't like to freakin' lose to them.

(If this is making anybody's blood boil, excellent! We really need a Colorado Rapids blogger and could use somebody with a little passion for the team. Drop Daryl a note -- daryl[at]theoffside[dot]com and tell him why you'd be a good Rapids blogger.)

Not terribly worried about the game, though. This game was about ironing out kinks and determining the final roster. And we were missing Fredy. And Freddie.

Interesting that Jhon Kennedy Hurtado and Tyrone Marshall paired for the full ninety in central defense, and Sigi said they did well. Ladies and gentlemen, I think we have our starting centerbacks.

Fredy "How the Hell did we get him" Montero was obviously not playing, but GM Adrian Hanauer laid to rest the rumors of his imminent exit. From ProstAmerika:

In an attempt to quell irresponsible speculation, Adrian Hanauer released a statement through the club. He said, "Fredy Montero traveled to South America to complete some personal administrative details that required the player’s attention prior to the start of the MLS season. The player’s contract is finalized and there are no open issues. Fredy is en route back to Seattle and we look forward to his participation in training later this week and on opening night."

So there you have it.

The game was closed to public and media, but ProstAmerika (motto: We Work So Laurie Doesn't Have To) was able to put together this list of players from what was officially released.

Nathan Sturgis and Brad Evans - for part of the game.

Minus one for Fredy, of course. And Steve Zakuani is out with an ankle injury, and he's one I'm expecting to see a lot of the field this season.

Also, all of these are already-rostered players, so we still have no idea who's going to fill those last three spots. That's what I'm really dying to know.

And last thing? You know when you were little? And wouldn't eat your broccoli? And your mom said, fine, I'm just going to keep serving it to you meal after meal until you eat it?

Same thing. Name these players. Send me an email. Or else. (I am a mom. I can outwait you. Because seriously, I will post about nothing else until these guys are named. Three posts a day, day after day, the season coming and going and they'll be traded off to Toronto, and then retired, and you're still looking at their lovely young faces as they looked once, back in 2009...)

Of course, that would make writing this blog really, really easy, but...

Come on, people. You're giving me a complex. I know I'm just starting to build up readership for this blog, but I've seen my numbers. I KNOW I have more than four readers out there.

And imagine how the players feel. Do you want to do this to your players less than a week before the first game? Do you? If we lose, they will blame you. I guarantee it. So if you're not willing to do it for the truly cool Certificates, do it for the boys. Because they deserve it. 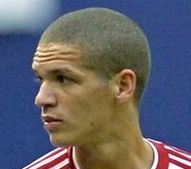 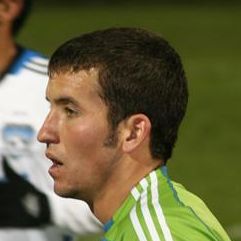