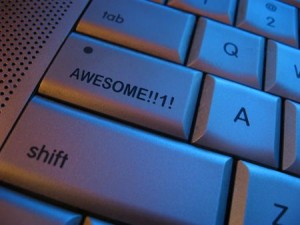 The always excellent blog Climbing the Ladder has a poll up about the upcoming MLS season. Seattle fans, you may find it interesting.

In addition to the standard "How to you feel about Garber/ESPN/MLS stadiums, etc." there are a few questions that actually involve our guys. As a fan of an expansion team, I wasn't really expecting that.

Some of the questions, with the Seattle-related answers.

Which foreign signing will have the greatest impact on MLS this season?

Options here include Sebastien Le Toux, Fredy Montero, and Freddie Ljungberg. No other team has more than one player player listed.

Which American signing will have the greatest impact on MLS this season?

Kasey Keller is on the list, which is to be expected. But how about Zach Scott? What do you think about that?

Also on this list are a couple of other players who may be of interest to Seattle folks: Cam Weaver (remember 2006? USL Sounders?), back in MLS after a stint in Haugesund in Norway, and UW alum Ty Harden, who "retired" from the LA Galaxy before the 2008 season, probably to escape from Beckhamania and Coach Crazy (Ruud Gullit.) Ty is now back in MLS and playing for Colorado.

Who is the best MLS player at this time?

Here we have the option to vote for Freddie Ljungberg. Curious how you feel about this. I voted for Landon Donovan, because a) I think he's the best at this moment, and b) I'm still not sure how Freddie is going to play this year. I'll make up my mind after he's made three or four starts.

Stop by their poll and vote, then stop back here and tell us what you think about the questions and the players.