Welcome to the Hospital Ward (UPDATED)

Share All sharing options for: Welcome to the Hospital Ward (UPDATED)

UPDATE: So after I posted this, David from over at GOALSeattle pointed out that all of our problems could be solved with two words: Salma. Hayak. After watching this video, I am inclined to agree with him. 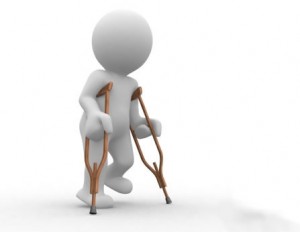 Wait a second. Aren't the boys supposed to wait until they've actually played a game before they start getting injured?

Freddie Ljungberg is out for the opener for sure. (In my opinion, good, not bad. Artificial deadlines like "opening day" are never a good thing for healing, especially after a player hits 30. Ask David Beckham, circa 2007. And it's not as if the lineup requires that Freddie be there -- there's plenty of attacking depth without him. I hope.)

The rest of the story, from The Times:

Ljungberg wasn't the only Seattle player to take part in all of practice for the first time in quite a while. Forward Jarrod Smith, who has been dealing with a hip-flexor injury since the beginning of training in January, participated Monday, as did rookie forward Steve Zakuani, who has been dealing with an ankle problem. Smith will miss at least the first six games of the season because he is on injured reserve; Zakuani's status for the opener is undetermined until at least Tuesday.

Defender Nathan Sturgis was limited in practice with a quadriceps injury from last week and is "touch-and-go," for the opener, Sounders FC coach Sigi Schmid said. Backup goalkeeper Chris Eylander was held out of training last week and missed Monday's session with a partially torn knee ligament, but could practice later in the week. Forward Roger Levesque (back) has been limited to partial training.

Defender Taylor Graham (foot) and midfielder Peter Vagenas (knee), who ran on the side during practice, won't play Thursday. If Eylander is unavailable to back up starter Kasey Keller, Seattle will likely go with Monroe native Ben Dragavon as the No. 2 goalkeeper.

My biggest concern among all of these is probably Sturgis, although I'd also love to see Zakuani at 100% on opening night, just to see what he's capable of. I also find it kind of sad from an emotional standpoint that three of the five USL Sounders are out or iffy.

But...c'est la vie. We've got a whole season ahead of us.

(But come on, guys. I need you to win this one, or else I'm going to have to post something from Dave over at the Red Bulls blog, and it's not going to be pretty. I'd much rather it be him posting our version.)