Almost There! (Or: The Happy Dance Post, and some links) 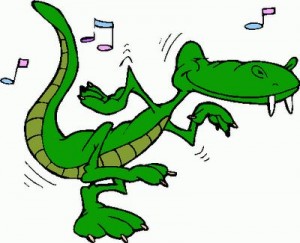 (Also: Happy Hangover Day to our Irish-American readers. During last summer's Euros I wrote a post on hangover cures, which you are welcome to peruse here.)

Who loves ya, huh? Hope you feel better by tomorrow.

I had a moment of absolute panic yesterday yesterday when I got the email from the Sounders that said that the tickets for the game were attached to the scarves. Because...well...things can sometimes get lost in my house, particularly if I kind of wasn't paying attention and didn't realize they were there. (To be honest, it's a bit of a miracle I still have the same number of kids I started with. And not just kids, but pets, too.)

(Well, there was that traumatic and unfortunate cat-gerbil incident, but that had nothing whatsoever to do with me.)

Fortunately, though, my tickets were still attached to all of my scarves, so life is good. And now I'm feeling pretty comfortable being really, really excited. As in, skip up and down the hall when nobody's looking excited.

(Yes, my husband does find all of this hysterically funny. Thanks for checking.)

(And also? That "Yum-berg" moniker is not my fault. I blame my favorite guilty pleasure, Kickette. Which I will cheerfully admit to being too damn old to be reading.)

But at any rate. Let's talk about soccer. People keep asking me how the team's going to do, and I keep honestly saying, "I have no idea." On paper, I think we look like we could be a threat, despite the fact that no expansion team has made it to the playoffs since 1998. (Although this is kind of a trick statistic, since there were no expansion teams in several of those years. But it is true that recent years have not been kind to expansion teams.)

But I am seeing why Sigi Schmid has such a great record as a coach. As usual, the only thing I have to compare him to as a fan is the Galaxy, but his roster moves seem so...sane. Thoughtful. Connected. As opposed to disjointed and knee-jerk. And the signing of two USL Sounders at the last minute was a stroke of brilliance that cemented the team in local minds as a "local" team, even as our players are from France, Ghana (England), Gambia, Colombia, Cuba, Sweden, New Zealand, and all over the US.

I am really excited about an attack force that includes Nate Jaqua (who I think is due for a standout year, and I'm pretty sure that's not just my maternal area speaking), Fredy Montero (!!!), Sebastien Le Toux and Steve Zakuani and/or Sanna Nyassi. I'm hoping the defense can get the job done against guys like Juan Pablo Angel and Dane Richards (two of my favorite non-Seattle players in MLS), and am really looking forward to seeing Jhon Kennedy Hurtado, and whether he can pair well with Tyrone Marshall.

And that's probably all you're going to get from me as a game preview, because I'm basically ADD and have already lost my train of thought. To compensate, here's some other people's stuff you might enjoy reading to get you in the mood.

The Seattle Times has short bios of all the players currently on the roster or still being considered.

Also, MLSnet -- the official MLS site -- is just slobbering all over us. (And of course I mean that in the best and most complimentary possible way.)

Schmid undeterred by lofty task ahead.

A nice look at our players and what they'll offer the team. (Very good analysis, aside from the fact that it says, "Diego Ferreira, from Argentinean club Tigres, will also challenge [Le Toux] for the starting role." Because filling in on that match in Argentina totally puts him on the roster. S'okay, though. The rest of the article is good, so we forgive him.)

Expansion team? Not in Carey's eyes

Old rivals highlight MLS opener. (That would be Kasey Keller and Juan Pablo Angel, dating back to their time in the English Premier League.)

All MLS Eyes on Seattle