Montero NOT Called Up for Colombia Qualifiers (OR: You Can Breathe Now)

Share All sharing options for: Montero NOT Called Up for Colombia Qualifiers (OR: You Can Breathe Now) 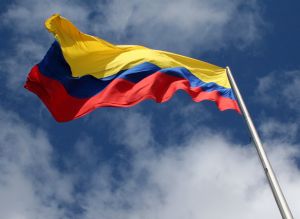 Was I the only person worried about this? (Maybe it's just a holdover from being a Galaxy fan and losing so many players every time international dates rolled around.)

With important World Cup qualifers coming up for Colombia next week, and MLS, as always, pretending there is no such thing as an international calendar, I was pretty relieved to see that Fredy "How the Hell did we get him" Montero was not called up for the Colombia squad. Particularlly given the fact that, according to FIFA, "The Colombians have the dubious honour of having scored less goals than any of their group rivals," and only recently broke a goal drought that had lasted 704 minutes.

(But apparently we're still keeping the secret from Colombia coach Eduardo Lara. So everybody be vewwy, vewwy quiet.)

No MLS players at all for Colombia, unless you're like me and consider Juan Toja an honorary MLS for life player. LOVE Toja.

(Want to know why? Watch this video. It kind of defines the word "adorkable.")

Oh, and seeing that Colombian flag there reminded me of this fantastic story over on Seattle Soccer Examiner. Which you need to go read. Now.

Makes the magic of the memories of Thursday night even better.