MLS 101: The Conferences and How They Affect the Playoffs

Share All sharing options for: MLS 101: The Conferences and How They Affect the Playoffs 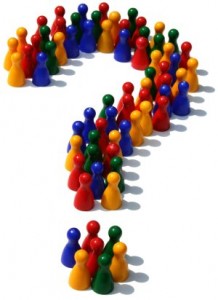 Johonna -- a big fan of European football and our Inter blogger here on the site, who is just learning to love MLS -- had a couple of good questions:

1)what is a conference and what does that mean for who we play or don't play?
2)what do points have to do with play offs and how does that relate to conferences?

Since MLS is new in Seattle, I'm pretty sure she's not the only one wondering about not only this, but some other quirks of MLS. So I thought that over the next few days or weeks I'd do an "MLS Primer" series to welcome new fans and introduce you to some of the things that make MLS different from the beautiful game in other parts of the world, and from other US sports.

Today's topic: The Eastern and Western Conferences, and how that affects Seattle.

If you followed MLS just a little last year, you probably found yourself thinking, "How the hell did the New York Red Bulls become the Western Conference Champions?" Isn't New York, y'know, east?

As the league has grown, this is becoming less and less the case; we're moving closer each year to a round-robin style format. This year we'll be playing only two other teams more than twice: San Jose (two home games) and Chivas (two away games.) Next year, with the arrival of Philly, we won't even do that.

No clue what they'll do when Portland and Vancouver are added in 2011.

What the Conference format means as far as playoffs go is that each Conference qualifies for the playoffs separately. Kind of. Except not really.

First off, the history of MLS conferences and playoffs is incredibly complicated, but there's a good recap up to 2007 here. But let's start with where things start to make sense, at least to me: in 2003, when the top four teams in each conference qualified for the playoffs. The teams in each conference would then knock each other off until only one remained, with the MLS Cup final being top Eastern team vs. top Western team.

The problem with this was that sometimes there were huge disparities between East and West, with the West recently kind of sucking. This meant that some of the teams who would miss the playoffs in their own conference would have qualified easily if they'd just been in the other conference.

So last year the top three teams (calculated by point totals) in each conference qualified for the playoffs, but the fourth spot in each conference went to the wildcard teams -- the teams with the next-highest point totals, regardless of Conference. Except that MLS still keeps up the East vs. West format and crowns "Conference Champions." This is how the New York Red Bulls qualified in the West last year, and eventually went on to become Western Conference Champs.

The format for this year -- 2009 -- is slightly different. The top two teams from each Conference automatically qualify. After that, there are four wildcard teams, i.e. the next four teams, regardless of conference. So yes, in theory we could have six teams from one conference in the playoffs this year. Which feels pretty damn close to single table to me. (I'm guessing that's what we'll see in 2010, but you can never predict with MLS. For all I know, they'll go to three or four conferences instead.)

Here's a quick look at how this works on a practical basis:

At the end of the regular season in 2008, the Conference standings at the top looked like this:

So the Crew, Fire, Revs, Dynamo, Chivas and RSL qualified automatically in their conferences, and KC and RNBY took the final two wildcard spots because their point totals were better than Colorado's.

In case of a tie, these are the tiebreaks used:

1. Head-to-Head (Points-per-match average)
2. Overall Goal Differential
3. Overall Total Goals Scored
4. Tiebreakers 1-3 applied only to matches on the road
5. Tiebreakers 1-3 applied only to matches at home
6. Fewest team disciplinary points in the League Fair Play table
7. Coin toss
NOTE: If more than two clubs are tied, once a club advances through any step, the process reverts to Tiebreaker 1 among the remaining tied clubs.

Clear as mud? Welcome to MLS. (Wait till we start discussing allocation money.)

If you're curious, Wikipedia shows what 2008 would have looked like if MLS had been single table.

For more info, including how the seeding and playoff formats work this year, here is the Official Explanation from the Official MLS site.