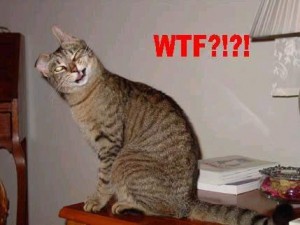 Man, did I ever step in it with this post. (The one that linked to and quoted from another blog about how much a supposed Crew supporter thinks Seattle sucks, which I actually thought was kind of humorous.)

Apparently not everybody agrees. That post led to this comment, which still has me scratching my head.

If you were to go to the original source, instead of taking a third hand copy of something that another site took out of context in order to try and stir up some controversy, you’d discover that, in fact, that WAS written by a Timbers fan, a guy who had some anti-Seattle scarfs made up and was trying to sell them.
But why let something like facts stand in the way of a good snark about the league champions being jealous of an expansion team. As for Sigi, he’s a hired gun, everyone knew that, he left to be closer to his wife and family and nobody - absolutely nobody - is upset about it.
I just lost a good deal of the respect I once had for you, Laurie. You took a lie which originated on the most disreputable site in the soccer blogosphere and perpetuated it because it boosts your ego to think that fans in Columbus give a damn about some team that hasn’t even kicked a ball yet.
I thought you had more brains, and certainly more integrity, than that

Whoa, dude. Who pissed in your cornflakes?

And for the record? If a post that innocuous caused you to lose all respect for me, you clearly have not been reading my stuff all that long. I believe I graduated with honors in "Creation of Offensive Content," and that post didn't even come close. (My one real regret about the Chelsea game is that Claude Makelele is no longer with the team, which means I can't discuss this topic.)

(Oh, damn. I think I've just cost myself the nomination for PTA president.)

But fair enough. I probably should have gone to the original source. And now I have. And I would suggest that anybody reading this go there, too. And let me know if you have even the slightest clue what's going on here. All I know is it's ugly, and Seattle and their supporters are somehow caught in the crossfire before we've even done anything.

Some folks are still saying the original writer of the post on the Crew fan site was a Crew fan. Some (including the commenter above) are saying it's a disgruntled Portland fan trying to sell the above scarves. (This argument is undercut by the fact that he/she seems to be giving away the scarves for free. But whatever. It's entirely possible that somebody hates us enough to subsidize this kind of thing.)

What I wasn't expecting was this.

Anybody want to explain it to me?

(And also for the record, try as I might, I can't work up any rancor against that "most disreputable site," MLS Rumors. I wouldn't bet my mother's life on the stuff I read there,** but, y'know... It's still kind of fun.)

**The life of my loonie sister-in-law, though? I'd think about it.