A Time of Transition, Captured in a Photo

Share All sharing options for: A Time of Transition, Captured in a Photo 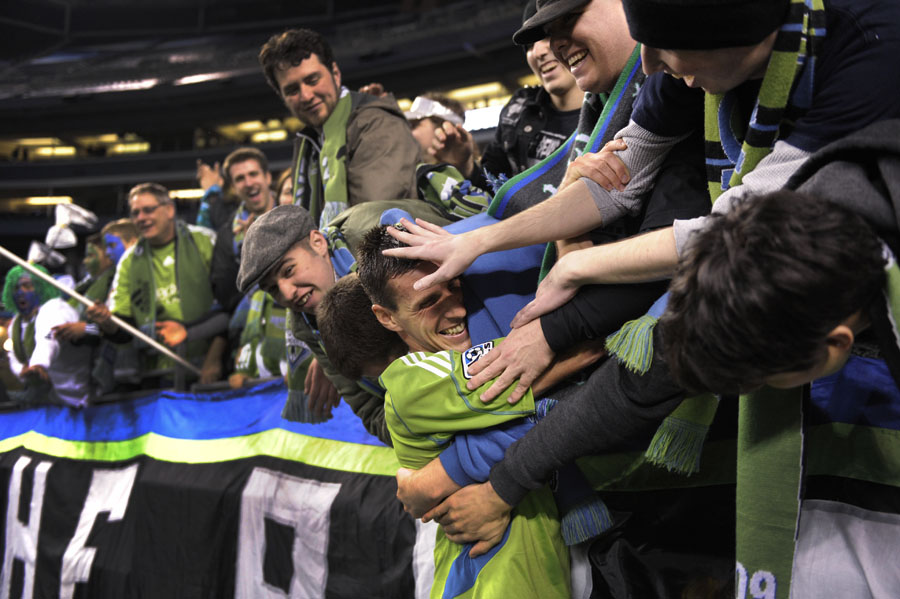 I spotted this picture over at Rod Mar's photo site and just couldn't look away. In case you can't see the player buried in the hugs, that's former USL guy Sébastien Le Toux.

It captures so much of our city's transition, doesn't it?

We're a Major League city now. We have the bigtime professional athletes. But I'm thinking there's a bit of regret at having to give up what Seattle had -- the smallness and the intimacy of USL.

This photo, for me, perfectly captures soccer in transition in Seattle -- the move from USL to MLS, the previous closeness of the fans to the athletes, the desire for that not to disappear.

Looking at the photos of the other athletes, post-game, made me think that yes, the other MLS athletes are admired by the fans. But Sébastien, our USL guy, belongs to the fans. Still.

Larger version of the picture is here. (And for the record, the name of the file -- "laurie_letoux" -- is NOT me going all Jr. High school-girly over a 25 year old player, okay? It's Rod's way of granting me official permission to use the photo.)