We Need a WAG, Dammit!

Share All sharing options for: We Need a WAG, Dammit! 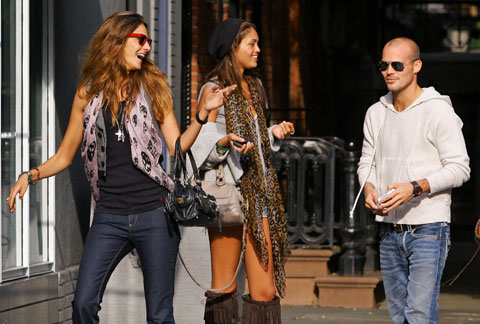 You know what we need to get us through the off-season? A good ol' fashioned WAG.

(Which I was kind of relieved to learn was actually an urban legend. An urban legend which, by the way, was written up as fact in the the venerable LA Times. So the fact that it was falsely disseminated around the world was entirely not my fault.)

The problem is, MLS doesn't have WAGs. I mean, sure, they have attractive wives, but that's entirely different. WAGs aren't about normal relationships. WAGs are all about...about... It's hard to describe, so let me show you. 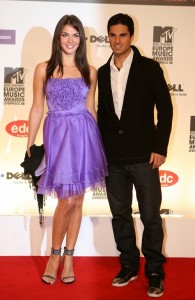 See what I mean? Even though I am utterly and completely fashion-impaired, even I could find stuff to write about in that photo.

But there's this little problem with MLS and WAGs. It's called "salary." As in, the minimum salary for a developmental player is something like $12,700 a year, and you generally don't find clothes like this at Value Village.

So I'm counting on Freddie, once he finally arrives, to do his part, if not with a longterm relationship (think Becks and Posh), at least with many, many photo- and gossip-worthy moments with the serial WAGs we could all learn to know and love.

Judging by the top photo, taken from a trip to NYC in September before he signed with Seattle? It looks like he may be more than willing to do his part.

P.S. While searching for the top photo, I stumbled on the rather bizarre site "Who's Dated Who?" Because I know that question keeps me up at night.