Share All sharing options for: The Post in Which I Apologize to Pete Vagenas for Everything I Wrote When He Was 1500 Miles Away and I Didn't Face the Risk of Running Into Him at the Corner 7-11 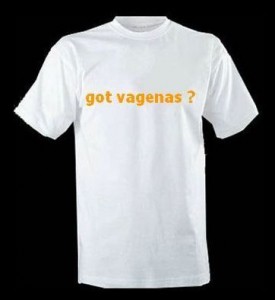 Can I call you Pete? After two years of blogging on the team you played for, the LA Galaxy, I almost feel I know you. And now that you're in my hometown of Seattle, I'm feeling a need to get a few things out in the open.

First off, for the record, I would like you to know that when you google "Pete Vagenas groin," absolutely nothing shows up linking back to me. Not a thing. Just fyi.

Not that I've, y'know, tested this out by actually googling it. Or anything.

And the fact that nothing showed up in a google search did not surprise me. At all. (Although I am kind of glad you're not Kyle Martino. Not that I've ever googled that either.)

(Oh, what? Is it my fault that the phrase "groin injury" is inherently funny to everybody not suffering from one?)

But as you know, Pete, soccer is a passionate sport. And sometimes, in the heat of the moment, one can get a bit...carried away. Which can sometimes result in the occasional mildly inappropriate post. Or limerick. Or limerick-related post.

(For any readers who rely on the written word for your news, you need to know here that "Vagenas" is pronounced "Vah-HAY-ness." And if you're not a Galaxy fan, this limerick came from back in one of the very few 2007 games where He-Who-Shall-Not-Be-Named was actually playing. The Galaxy were down, but Pete took two reeeeeeeeally ugly tackles to his ankles, two defenders got red-carded, and the Gals came back to win. In a completely and entirely legitimate way that didn't rely at all on Beckham-related refereeing decisions. To celebrate, I may have written the following:)

A Galaxy guy named Vagenas
Salvaged our game from its grayness
His own safety rejected
He got guys ejected
While pulling cleats out of his...um...ankle

(I know. I'm really sorry. I truly apologize for my inadequate rhyming skills, even as I wonder how I made it to adulthood with a mind this juvenile.)

So basically what I'm saying, Pete, is that if you were offended by this or, y'know, any other posts? Posts which would be rehashing ancient history and really don't bear linking to?

We're in Seattle now. In my Seattle-based reality I'm married and a mom and old enough to be your...um...older sister...and entirely, utterly normal. Ask anybody. Or...well...almost anybody. Or...um...yes. Pretty much almost entirely everyone who knows me will tell you that.

And what this means is that now that you are in my town, you have my solemn vow that I absolutely, positively, unquestionably will not write about your groin.