Vote for the Best Flag

Share All sharing options for: Vote for the Best Flag 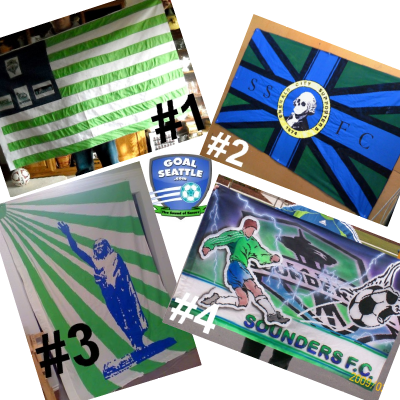 The GOALSeattle people are having a flag vote. I missed the early part of the contest, but they've now narrowed it down to the top four. Winner will get season tickets, and apparently the Sounders have now chipped in a Sounders FC jersey for second place and a soccer ball signed by Kasey Keller for third.

You'll need to register with the forum to vote, but it's a fun forum, so why not?

I'm kind of partial to #4 myself, but the folks responding on the boards seem to like #3.

UPDATE: And of course I forgot the link in the original post. It's been that kind of week. Here it is. Now go vote!