Waiting for my Tickets (Oh, and Freddie's Back in Town)

Share All sharing options for: Waiting for my Tickets (Oh, and Freddie's Back in Town) 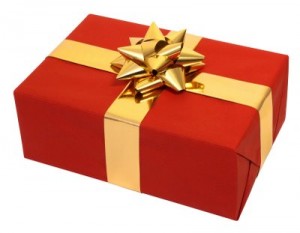 So I was almost positive that my tickets were coming today. Johonna said in the comments that hers came yesterday via FedEx, and this morning I saw the FedEx truck head down the cul de sac. And I was absolutely certain that when he came back up the hill, he'd be dropping off my tickets.

And not just my tickets! There's apparently a box of goodies that comes with. Which makes this kind of like Christmas, except that there is absolutely no chance that I'll get a frying pan.**

At least I don't think I'll get a frying pan. Johonna is being quite coy about the contents of her ticket box so the rest of us can be surprised.

(Which, given how much I like surprises, I really appreciate. But I'm not nearly as thoughtful, so when I get my ticket box, I'm going to tell you all about it. But if I'm in a good mood, I'll put it under the jump with a Spoiler alert.)

But alas, alack, the FedEx guy was simply delivering something to somebody down the hill. Hell, it was probably their tickets. Losers. Which leaves me all kinds of depressed.

So to cheer myself up, I swiped this video from the official Sounders site to post here. Except that they're apparently onto people like me, so they have somehow disabled the thingy (technical term) that makes the video play. So if your computer is like mine, you're getting sound and not vid.

So all I can say is, go to the Sounders site and watch the video, where Freddie looks warm and pretty and speaks with a London-meets-Sweden accent. And be sure to watch through for bonus footage of the boys arriving back from Argentina.

Oh, and also? I was so busy discussing WAGs and groins that I forgot to mention the boys were actually playing some soccer this week. We went 7-2-1 in the preseason, with our only losses being to River Plate (I'm guessing a C team, because would YOU risk your guys mid-season in a meaningless friendly?) and San Jose. Yea, Seattle!

**For the record, my husband is much more intelligent than that and would never consider giving me a frying pan for Christmas. At least not twice.

UPDATE: Ha! The tech gods have decided to smile on this blog. (Actually, I'm pretty sure that what happened was, they read the part about the frying pan and felt sorry for me.) What this means is that when I clicked on the vid the second time, it actually ran!! Hope it does for you, too.

And now I'm feeling really guilty, because it wasn't actually my husband who got me the frying pan. It was another family member. But that doesn't make nearly as good a story, plus I don't think the truth would have gotten me anywhere close to enough tech god sympathy to make the video work. So, y'know, life is full of trade-offs, and I am so thoughtful that I'm perfectly willing to sacrifice my husband's good name just so you can watch Freddie Ljungberg. Right here.