Get to Know Your Sounders Quiz #1

Share All sharing options for: Get to Know Your Sounders Quiz #1 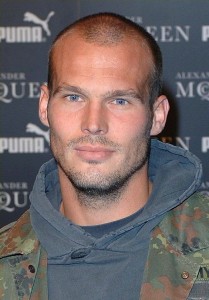 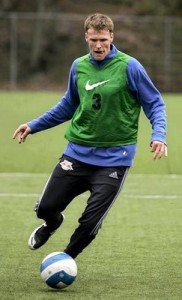 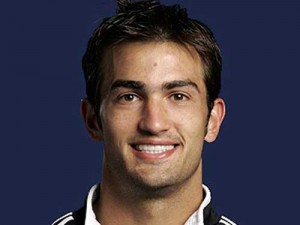 So I was sitting here yesterday thinking that I wouldn't recognize most of our players if I ran into them face to face. Or sat next to them on the bus. Or stood behind them in the post office and averted my eyes as they mailed off membership forms addressed to "Hair Club for Men" and "Cristiano Ronaldo Fan Club."

Since this is our team's inaugural year, I would imagine I'm not the only one.

So here's what I'm gonna do. Each day for the next week or so, I'm going to post photos of three (signed) players. The first person to leave the names of all three in the comments will get his/her name posted on this page on some sort of big ol' Seattle Offside Badge of Honor.

Print it out! Amuse your friends! Amaze your family!

(Plus I'm almost certain that the hot guy/girl who's been reluctant to go out with you will be brought around by this award. I mean, who wouldn't? We're that incredible.)

One rule: Because my Badges of Honor are so powerful, nobody is allowed to have more than one. If you win one day... Well, you can feel free to go ahead and leave a guess, but it won't count. The next person in line will be the one who wins.

Of course, I suppose there's nothing I could do if you were to change your comment posting name. It's not as if I have a Laurie's Badge of Honor Security Force.

So if you do this, and then a truck pulls up outside your house and starts blasting the music from "Hampster Dance" on a PA system at eardrum-shattering volumes at 3:00 a.m., it has nothing whatsoever to do with me.

(Although for the record, I would like to state that I have personally seen a top-secret government memo stating that members of the judiciary have determined that "Hampster Dance" does not officially constitute torture.)

So who are our boys for today? Take a look and leave names in the comments.