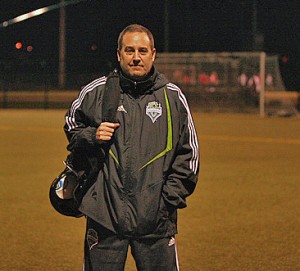 Actually, many of you probably have already, given that Greg is Sounders Fan Insider, the guy who keeps his Twitter readers updated on any and all news of interest to Sounders fans. (Link to subscribe at the bottom.)

Now we all know that I do, of course, have one of my much-coveted Seattle Offside awards (all together now: Oooooooh) to give to Greg for being our Fan of the Week. But before we get that far, let's learn a little bit more about him:

Sounders till: I die

Sounders because: The greatest soccer history and tradition in the US

If you had to keep your eyes fixed on one position for an entire game, which would it be? Center Midfield, the position that Alonso plays

Your season tickets or your (current or future) firstborn? Can I get back to you on that one?

Anything else you'd like to add about yourself, the team or both? I have played soccer since I was a kid, I currently help coach girls soccer and play men's over 30 soccer. I have followed the Sounders for over 30+ years and will do everything that I can as a fan to help them be successful on and off the field. I am also hoping to be voted on the The SSFC Alliance Membership Council soon.

You can subscribe to Sounders Fan Insider on Twitter here, and you can also find Greg on Facebook. Additionally, he's one of the guys covering Sounders for Next Season Sports.

And now, what you have all been waiting for. The certificate.

So instead we have: 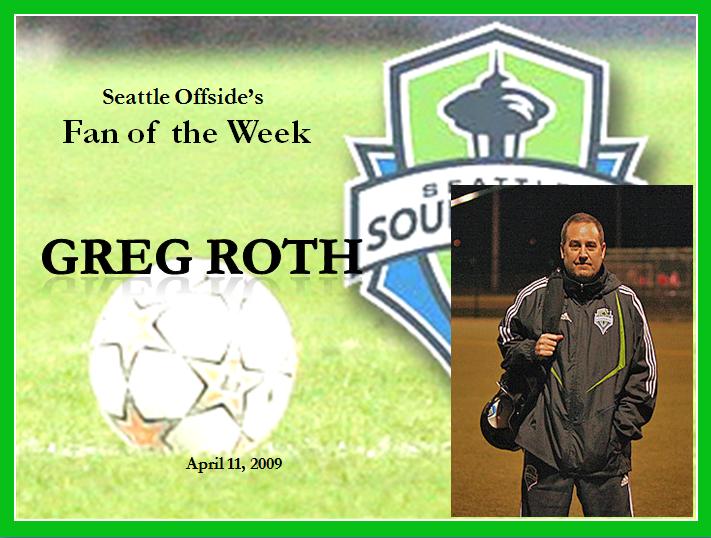 Click to enlarge to printable size and quality. Because you know you want to.

Would you like to be a future Seattle Offside Fan of the Week? Drop me a note at Laurie[at]theoffside[dot]com.