MLS 101: The Sins of the NASL, and How We're Still Paying for Them

Share All sharing options for: MLS 101: The Sins of the NASL, and How We're Still Paying for Them 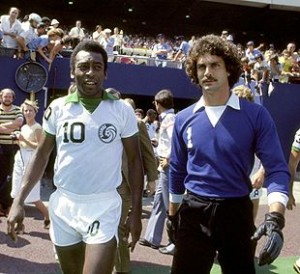 Want to sound like a pro when you talk about all of the quirks and oddities of MLS? Just memorize this one-size-fits-all answer:

Got it memorized? Now challenge your friends to ask you a question about anything they find bizarre or unusual about MLS compared to the game as it's played in the rest of the world. Some examples for you to practice on:

Q: Why does MLS have single-entity ownership?
A: So we don't end up like NASL.

Q: Why do they have salary caps?
A: So we don't end up like NASL.

Q: Why has there traditionally been a go-slow approach to expansion?
A: So we don't end up like NASL.

Q: Why is there such a focus on league parity?
A: So we don't end up like NASL.

Was I kidding? I wasn't kidding, was I?

In order to understand MLS and why it's structured the way it is, it's important to first understand what led to the demise of the United States' other big attempt to bring soccer to the masses.

In a nutshell: It started slow, but in 1975, with the New York Cosmos' signing of Pele, it turned into an arms race of aging, high-salaried foreign players. The erroneous assumption was that these players would automatically create fans, who would thus make the league itself profitable without any central planning or extra effort.

Didn't happen. NASL was all over the map when it came to quality of play, commitment of owners to the league, and ability of teams to produce revenue. The top-selling game -- with the New York Cosmos -- sold 78,000 tickets, but the league average attendance never topped 15,000. 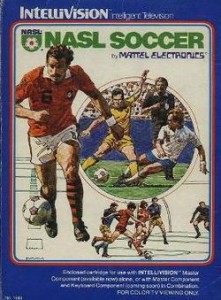 Expansion franchises were handed out like Halloween candy -- in part, according to some sources, because existing franchises were hemorrhaging money and the owners wanted their portion of the extra franchise fees that were paid in by the new owners. This overexpansion led to a huge dilution of the talent pool, which led to a further bidding up of the prices for the few superstars who could supposedly carry a team.

From a fascinating 1984 SI article about the league as it was in its death throes:

Most of the owners of the NASL's surviving franchises (there were 24 in 1980) dream of similar cuts in their losses. In San Diego, Socker president Jack Daley says his club has lost $10 million since 1978. In 1983 the Chicago Sting was more than $1 million in the red, while Golden Bay lost more than $3 million. And the four Tulsa oilmen who sold the Roughnecks last January—three months after they'd won the 1983 Soccer Bowl—said they had dropped $8 million over four years. Only the Cosmos, desperately trying to cling to the glamorous image the team enjoyed just a few years ago, speak of insignificant, unspecified losses.

Others who care for the sport feel threatened in less tangible ways. San Diego coach Ron Newman, who has been in the NASL since 1968, its first season, said after the settlement, "If the NASL had gone, it would have been like losing a leg. I've put 17 years of my life into this league." He had no doubts of whom to blame for the near catastrophe. "Management," he said. "We changed directions so many times, you didn't know what would happen next. Days after the biggest crowd ever in Washington, D.C., the franchise folded. We'd shift from foreign superstars to grass roots and back again." Says Noel Lemon, the irascible Ulsterman who's general manager of the Roughnecks, "The NASL is at an alltime low."

If the breast-beating has a single theme, it can be summed up in a well-worn phrase: Too far, too fast. "Our hype tried to present the NASL as a new NFL when we weren't ready," says the Sockers' Daley. Sting owner Lee Stern declares, "We spent too much money trying to market teams as if they were instant big league franchises before the attendance and money justified it." And (Daley again), "It became fashionable to chase the Cosmos. Everyone had to have a Pelé. Coaches went around the world on talent searches, forcing the prices up." 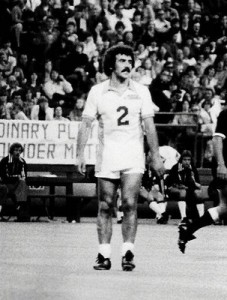 NASL went out with a whimper the year the above article was written, in 1984. MLS rose from its ashes in 1993, (with the inaugural season in 1996), in part as a way to convince the world that the US was serious enough about soccer to host the 1994 World Cup.

And with the rebirth of professional soccer in America came a litany of all of the ways that We don't wan't to be like NASL. In short, decision-making in MLS is far more centralized, in a way that precludes one rich owner from buying his way to the top of the league. The main entity of MLS is the league itself, not the individual teams. The league owns the players, the league makes the rules, the league signs the contracts.

These centralized rules have chafed a bit, particularly among owners like AEG, who seem more interested in expanding through big moves and grand gestures than some of the other owners. And these rules may change, bit by bit, as the league moves closer to profitability. (They have already changed, somewhat, with things like the implementation of the Designated Player Rule, aka the "Beckham Rule.")

But I don't think you'll find many informed people who will argue that the go-slow approach and centralization of decision-making in MLS has been a bad thing when it comes to creating a sustainable league that will be around for the long-term.

And isn't that really what we all want?

You know. So we don't end up like NASL.

If you're interested in the history of the league, I'd suggest starting with the fantastic documentary, "Once in a Lifetime: The Extraordinary Story of the New York Cosmos." (I bought my copy through Netflix for less than $10.)

And if you haven't read the above 1984 article in its entirety, you should. The Nasl: It's Alive But On Death Row

Also of interest: A Short History: The NASL on TV

And the second, black and white photo is from a treasure trove David Falk posted over on GOALSeattle. Photo by Jenni Conner.