It's Time for a Little Sounders Poetry!

Share All sharing options for: It's Time for a Little Sounders Poetry! 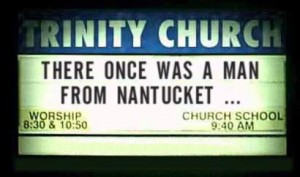 Ever have the kind of day that makes you want to throw it all away and move to Nantucket to start a limerick festival?

Yesterday was such a day.

I believe that this is a sign that it is time to bring back an old tradition: Laurie's MLS poetry! (Of which you have already seen one example.)

My favorite form of the art is, of course, the limerick. I love limericks. And did you know that according to a now long-gone iteration of the Wikipedia page on limericks, the reason the city of Nantucket features so prominently in this type of poetry is that it was a whaling town? And limericks were, of course, popular with whalers?

That's exactly what I would have guessed.

But limericks are the highest form of the art. You can't just leap into a limerick. You need to kind of...sneak up on it. And so, to ease into this, I bring you: A couplet poem.

Séba's promoted
His fans are devoted

Freddie models undies
Wait, what was I talking about again?