What Formation/Lineup do You Think We'll See This Weekend?

Share All sharing options for: What Formation/Lineup do You Think We'll See This Weekend? 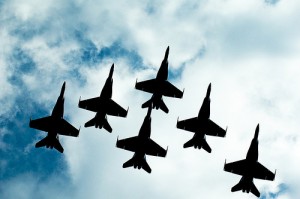 According to MLSnet, The Freds will both be available this weekend, with Freddie Ljungberg's knee hyperextension from the Toronto game hopefully not affecting him, and Fredy Montero also back in action.

Which leaves us with an interesting problem: Too much talent to fit on the field at one time. So who do you think will take the bench?

My guess is that we'll see a swap -- Brad Evans out, Freddie Ljungberg in, with Montero and Nate Jaqua up front. No reason for this guess; it's just my gut saying we're going to want the wing speed from the Zaku-assi. Or is is the Nyauani? (Steve Zakuani or Sanna Nyassi. I'm pretty sure it makes me a horrible person that I'm starting to think of them interchangeably.)

What makes me want one of them to start is that I don't think either of them is anywhere close to reaching his potential. Both could be amazing by the end of the season, but only if they get enough playing time and experience against higher-level opponents.

But I could be wrong. When Freddie got subbed in against RSL, Zakuani came off and Evans moved to the left. (I think that's what I remember.) So that's another option, probably with Evans moving to the center and Zakuani or Nyassi bringing that speed in as a sub when Freddie goes off.

And given that Evans was one of only two Sounders to make the Goal.com MLS team of the week, it does seem a shame to bench him. Plus he's Sigi's guy from Columbus. No idea if that counts for anything, but I think it might.

I also saw suggestions (mostly before Nate Jaqua's great performance on Saturday) that Jaqua be benched, with Le Toux moving up top. But I think that Jaqua's probably earned the right to start. (Probably on the basis of that sweet give-and-go with Ljungberg alone.)

But this is all speculation on my part. What do you think we're going to see?

And also, this is completely irrelevant, but Brad Evans' Wikipedia page now reads:

in the 24th minute of that game, Evans scored a nutmeg on New York keeper Danny Cepero, finishing off a beautiful pass from Fredy Montero that split New Yorks defense.

If you were the person who inserted the bit about the nutmeg? Absolute brilliance.