We Have a Trivia Winner! (And an Interesting Dilemma)

Share All sharing options for: We Have a Trivia Winner! (And an Interesting Dilemma) 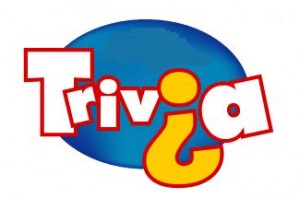 And well done to all male commenters on that post for being secure enough in your manhoods not to be put off by the Beckham photo. Because...well...yeah. Sorry. (Except not really.)

Here's the thing, though. George is a Galaxy fan and longtime commenter from back when I was writing the Galaxy page. (Yes, that's perfectly legal. If he wants to come here and make his guesses and and take the abuse I'm going to be heaping on the Gals over the next few days, he's more than welcome to win a Seattle Offside certificate for guessing Sounders-Galaxy trivia.)

This could be fun. Remember here, George is a Galaxy fan. We're playing the Galaxy this week, which kind of makes him the enemy. (This week only, George. We can go back to being buddies on Monday.) Which leads to the question:

What kind of certificate should we create for George for winning our trivia contest?

The possibilities are endless. Perhaps a collection of photos of David Beckham in compromising positions and/or various stages of undress? Or maybe I can embed a "Carlos Pavon's greatest Galaxy hits" video? (Approximate length, .0000021 seconds.) Or perhaps we could incorporate into the certificate a membership card for the "Alexi Lalas Fan Club"?

Must think about this. (Be very afraid, George. Just know I love ya and truly value your coming here. If only so I can make an example out of you.)

So who were our Trivia Answers?

Nate Jaqua, traded to the Galaxy by Toronto after the 2006 expansion draft, shipped off to Houston in July in exchange for Kelly Gray and a 2nd round draft pick. (We'll let George slide on the draft pick part.)

And if you're thinking, "Wait. Kelly Gray...Kelly Gray...?" Yes, you've seen him play at Qwest, with San Jose. It's funny -- he's one of the very few former Galaxy players who never activated my maternal area at all. No idea why. 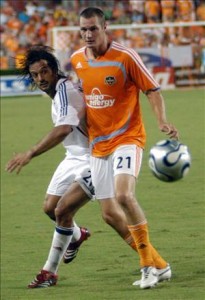 Nathan Sturgis, acquired by LA in the 2006 SuperDraft (Generation Adidas), shipped off to Real Salt Lake along with Robbie Findley in exchange for 30-something veteran Chris Klein.

At the time, this seemed to me like an odd trade -- jettisoning the future for the past -- but Klein turned out to be one of the few bright spots for the 2007 Galaxy. And we got Sturgis in the expansion draft. 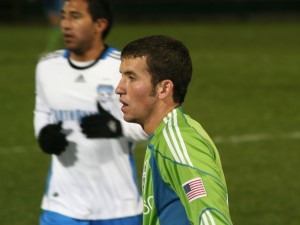 Tyrone Marshall, longtime Galaxy veteran (2002-2007), shipped off to Toronto FC in exchange for Edson Buddle in the Galaxy's desperate attempt to find a goal scorer to get on the end of Beckham's crosses and free kicks.

Tyrone got shipped out from LA four days after breaking Kenny Cooper's leg in the FC Dallas game, which never made much sense to me. I mean, when you've got a buy like Beckham, don't you want the leg breakers on your own team?

At the time, talk was that Marshall was over the hill. How 'bout if we watch the game films and discuss?

Or...neener neener, Galaxy. (Hey, how's that backline been working out for ya without him?) 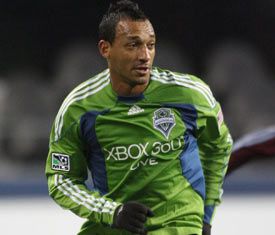