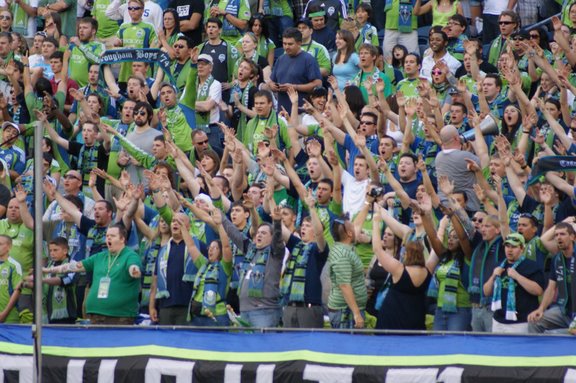 Penalty miss, defensive lapse cost Seattle 2 points.
A penalty miss by Freddie Ljunberg in the 32nd minute proved decisive as the Sounders came from behind and settled for a 1-1 draw, missing out on a chance to pick up 3 points on Chivas and falling to 3rd place in the Western Conference.

Kasey Keller: 8
Helpless on Moreno's goal. Did not have to do too much else with only 2 saves on 3 shots. Very good distribution of the ball.

James Riley: 7.5
Decent in the back, but had his hands full with Montero, limiting his ability to get in on the attack. When he did, his crossing was good. However, the Crew were so busy going at Tyson Wahl that Ekpo only had a couple chances to make him look silly, and he did.

Jhon Kennedy Hurtado: 6
Let Moreno slip by and misplayed the ball on the Crew's goal. He should be between his man and the goal. Experienced some tightness in the groin in the second half and I think it showed. He is athletically gifted but needed to be more focused in this match.

Tyrone Marshall: 4.5
Fouled too much, but then again, Eddie Gaven is apparently wildly incapable of staying on his feet. A player with 65 international caps and 11 years of MLS experience should not be picking up 89th minute red cards off the ball on a set piece. Caught flat-footed on the Columbus goal. Also spent a lot of time picking up the pieces left by Wahl. 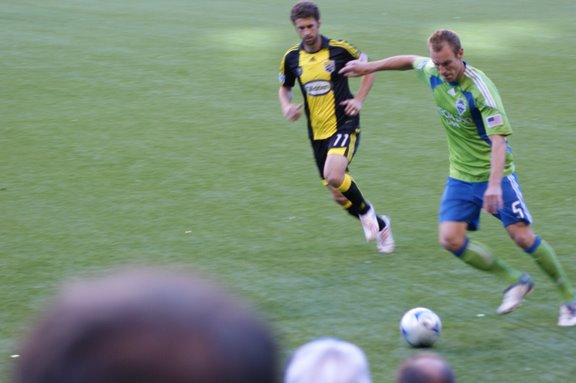 Crew focused their attack down his flank and it was a good strategy. Looked shaky defending and his passing was below average. Did not support Zakuani who was being double teamed. Surprisingly he was not the worst defender on the field, as Gino Padula was much worse for the Crew.

Brad Evans: 6
Disruptive against Columbus in the middle but did not make much impact on the offensive side of the ball. Looked a bit sluggish but that isn't surprising considering he is carrying about 10 knocks right now.

Freddie Ljunberg: 7
Came out very flat, but one would expect that after 2 weeks off. He combined extremely well with Zakuani and Jaqua. Would have a higher rating had he not missed the first penalty in Seattle Sounder's history wide left. Would have a lower rating if he had not assisted Jaqua's goal so perfectly.

Peter Vagenas: 6.5
Still finding his form after not playing much early in the season. Probably saved a goal with his 37th minute foul and subsequent caution against Emmanuel Ekpo. Both he and Evans did a good job slowing Ekpo down the second half. It is good to have a veteran midfielder like Peter around. 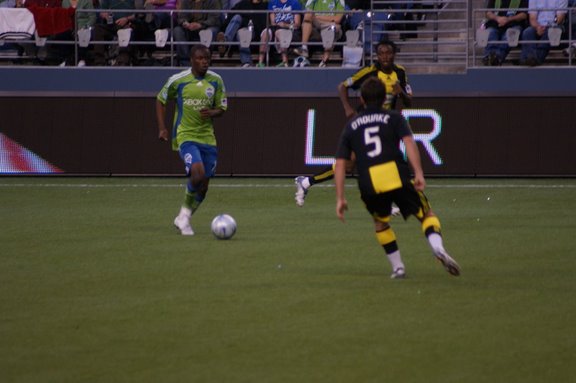 The Crew double teamed Zakuani all night. Should have been faster to take on the first defender before the second arrived. Jed Zayner was quick enough to match his pace off the ball. Blistering run down the left flank and a good square ball played a big roll in the Sounders' goal. Played even better when Sigi Schmid switched him to the right side.

Nate Jaqua: 8.5
As much as I try not to, I am starting to love this gigantic, lumbering beast of a man. He is finding his groove and combined well with Ljunberg and Zakuani all night. Great one touch passing and run into space on his goal. Anyone who has ever played soccer can tell you just how hard it is to control a one-time volley like that. However, he did it perfectly. The best goal yet in Sounders FC history. 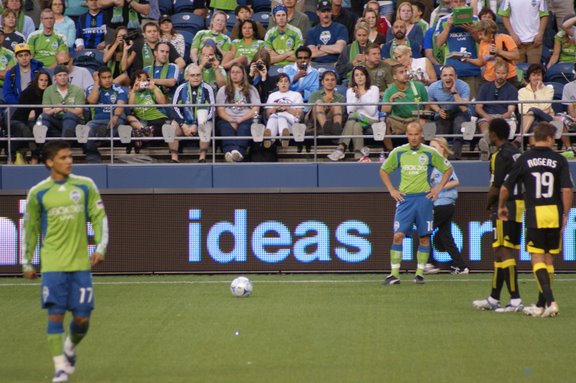 Nice new haircut, same old story: too much dribble, not in sync with teammates. His passing was a bit better, which is a positive sign, but he needs to keep the ball moving more often. This attack could be so dangerous when it clicks, but he needs to become part of the chemistry this team is building. Took one really bad shot from the corner of the 18

Sebastian Le Toux: 6
Could have had a goal if Sounder's long throw in was not called back. Did not make his presence felt.

Patrick Ianni: 6.5
Helpful on defense, but not much in the way of attack.