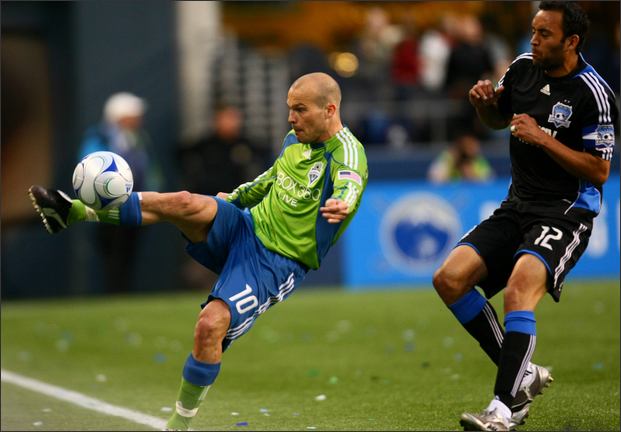 Doormat Status
San Jose has given up 24 goals this year, the most in the league. Their goal differential of -10 is tied with the Red Bulls for the MLS worst. The lack of success has caused GM John Doyle to start the fire sale, shipping forward Cam Weaver to Houston and defender Nick Garcia to Toronto.

Scoring
Arturo Alvarez and Ryan Johnson have been effective goal scorers this year. Alvarez has found net in two consecutive games and Johnson leads the team with 5 goals. San Jose has scored at least one goal in its last six matches, so the Sounders must keep in mind that the Earthquake attack is capable of doing damage.

The Young Ones:
San Jose and Seattle represent the two youngest franchises playing in the MLS. One is a picture of success, the other of mediocrity. Note to upcoming expansion teams: hire Drew Carey as a consultant.

The Gold Ol' Days
The predecessors of the two teams, the Seattle Sounders and the San Jose/Golden Bay Earthquakes, played each other 14 teams as NASL teams from 1973-1984, including the NASL Sounders last home game in Spartan Stadium.

Earth Quakes Quotable:
“We haven’t been happy all season so far. It’s come to a point where we had to change some things around, and some opportunities came up.” 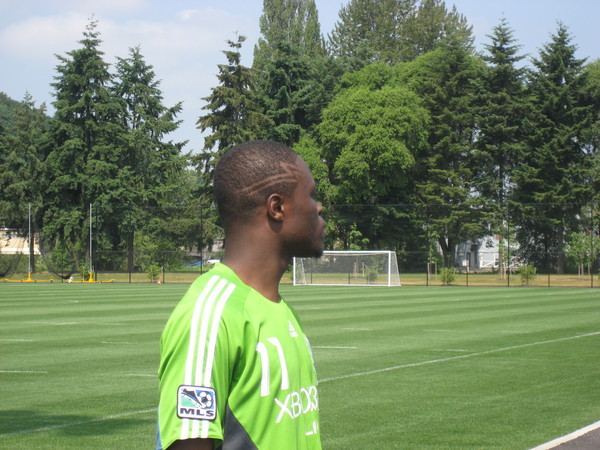 Back Down To Earth
Is it me, or does it seem like it was ages ago when the Sounders were off to a blazing hot start? Since winning four of their first six matches, the Sounders have only managed one win in their last 7 games. In fact, the last time the Sounders came away from a game with three points was April 25, against, guess who, the San Jose Earthquakes.

The quick start was encouraging, but in the end, injuries, suspensions and a lack of discipline have reminded fans that despite some impressive accomplishments, the Sounders are still an expansion franchise.

At Least it's the Quakes
When you are trying to get your team out of a slump, there nothing better than the conference doormat coming to the loudest and most intimidating place to play in the MLS.

Key Absences
Nate Jaqua and Jhon Kennedy Hurtado(yellowcard accumulation) will miss Saturday's game. Hurtado recently became the first Sounders player to 1000 minutes, having played every second of the season so far. Nate Jaqua is second on the team in minutes with 1039, and although it has not always been pretty, has been very productive, with 3 goals and 4 assists on the year.

Up top we will see Sebastien Le Toux and Fredy Montero. I look forward to seeing how Montero will react with a different partner up top. Le Toux, who is not a traditional target forward a la Nate and more of a high-work rate, industrious player may be able to free up some space for Montero with his aggressive runs and nose for the ball.

Hurtado has been excellent most of the season. His physical presence and ability to take on forwards will be missed. On the positive side, CB Tyrone Marshall will be back form suspension and Tyson Wahl should be able to build on a slightly better performance in his second week starting at left back.

Osvaldo Alonso, out with a quad strain, will come off the bench if he sees any time at all. The Sounders could use his buzz saw play in the midfield.

No Place Like Home:
Saturay's match is the start of a run of 5 of 6 matches at QWest. The Sounders owe it to both the fans and themselves to make a statement and come away with the most points possible. A match up against San Jose is a good way to start.

Sounders Quotable:
Kasey Keller on the suspensions:
"Some of it is bad luck, some of it is stupidity... It's one of those things we have to get better at it because first of all, we can't afford to be playing down a man, and second of all, lose guys for the next game. We've got to clean it up."

San Jose, simply put, has insultingly horrible defense. However, they can score and they will if Seattle loses its focus. The Sounders cannot waste any time getting on the score sheet. They must strike early and often and leave themselves in position to cruise for an easy win. If they get absorbed by bad refereeing, or allow the Quakes to stay within a goal, they could end up with another unsatisfactory result. I guarantee they worked on creating and finishing chances in practice this week.

Seattle scores thrice in the opening half, and then adds one late just to make sure. 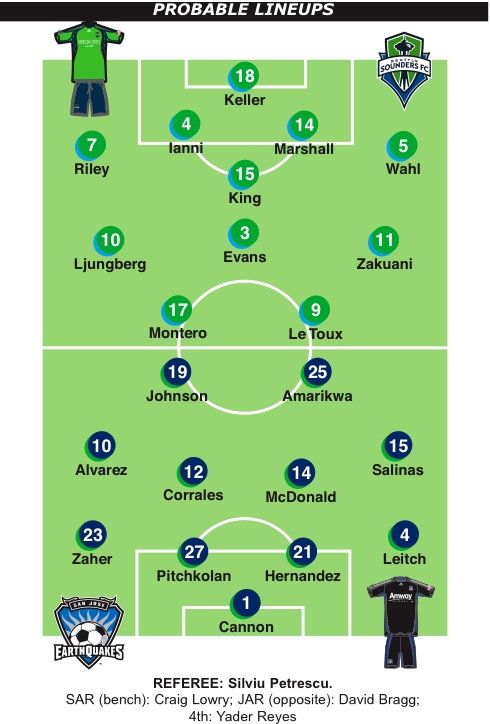