Share All sharing options for: Osvaldo Alonso Upgraded to Probable

According to the Seattle Times, Alonso, previously questionable with a right quad strain, has been upgraded to probable for tonight's game against the San Jose Earthquakes. 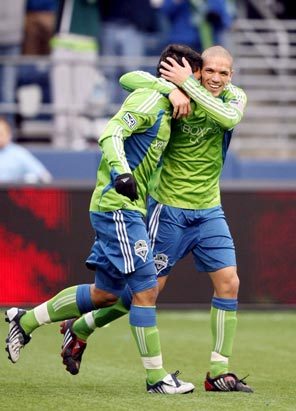 I would not expect this to change the starting lineup, though Alonso may see some action as a sub depending on how the game goes. If Seattle can cruise to an easy win, the defensive midfielder could use the rest coming into the big Wednesday night match up against DC United.

Also, be sure to join me on the Seattle Offside for live commentary from the Sounder's press box at QWest during the game. Coverage starts at 7pm.