How Does Seattle Attendance Stack Up?

Share All sharing options for: How Does Seattle Attendance Stack Up?

Seattle has blown away the soccer doubters this year, with packed stadiums and a dedicated fan base even in the face of economic recession. But just how good is Seattle's attendance? We took a look around the soccer and professional sports world and asked the question: if Seattle was in _______ league, how would they rank based on average attendance.

First, lets put it in an overall context:

So taking a more detailed approach Sounders would be:

...12th in Bundesliga, not bad considering German teams account for 9 of the top 20 best attendance records in Europe 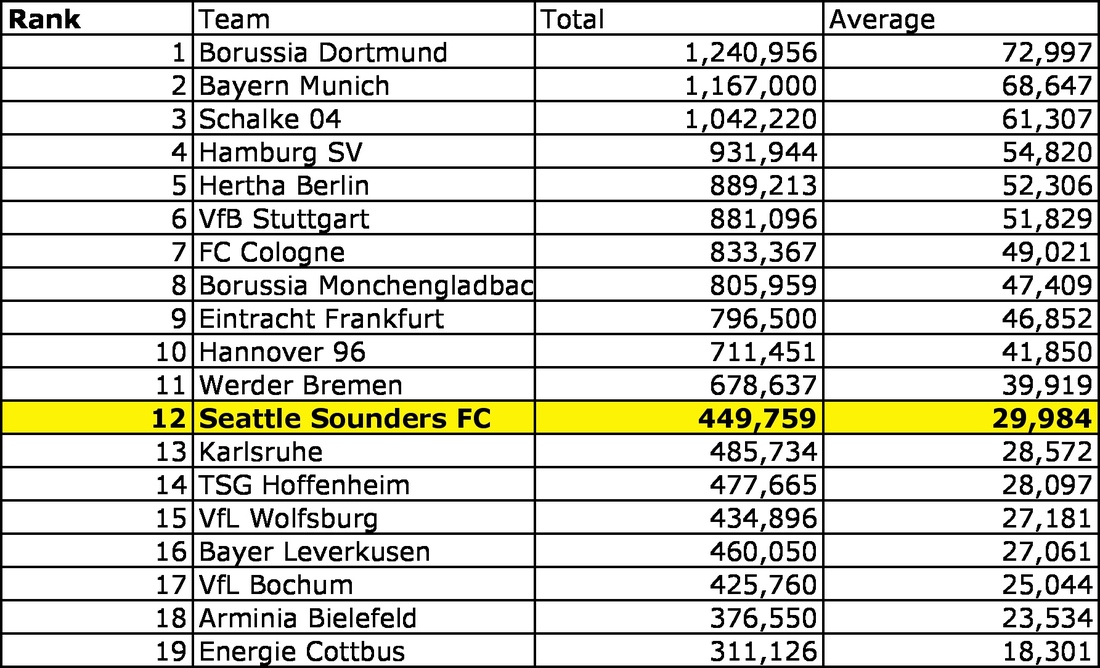 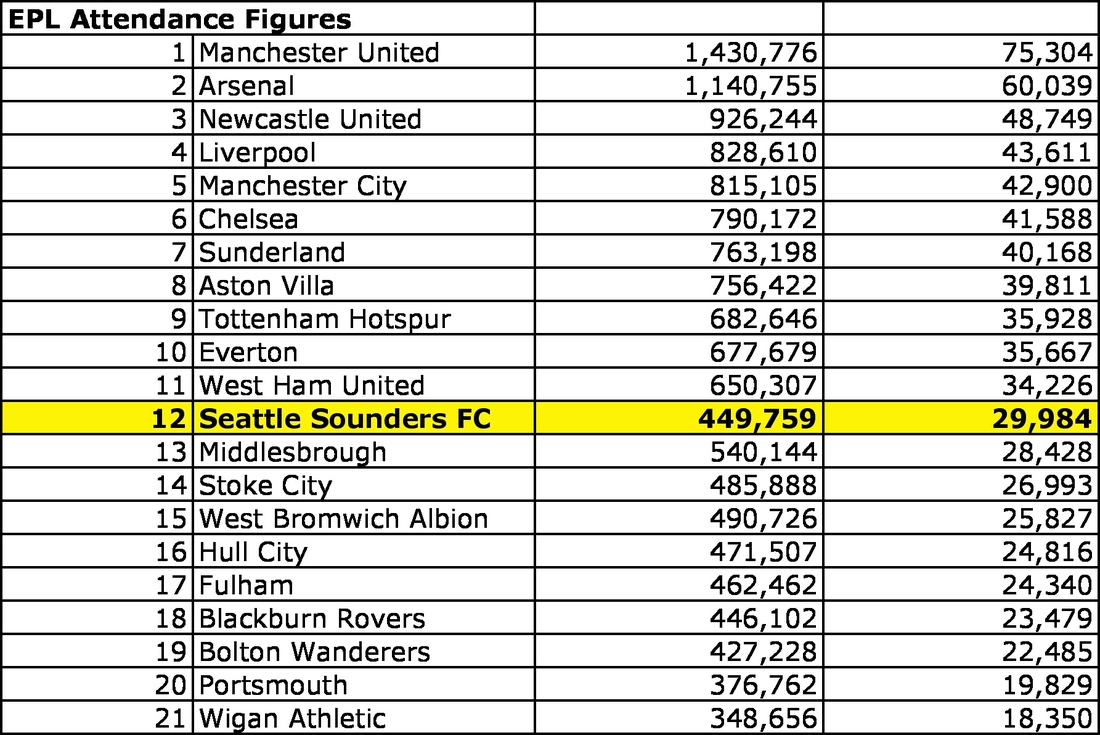 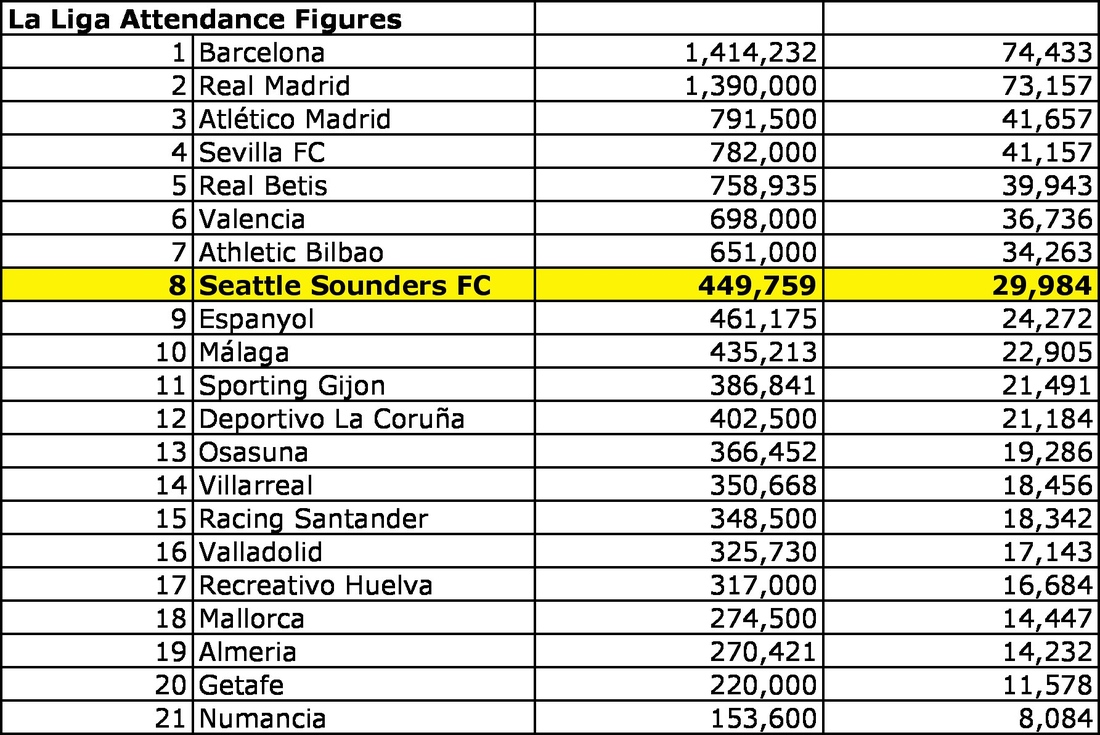 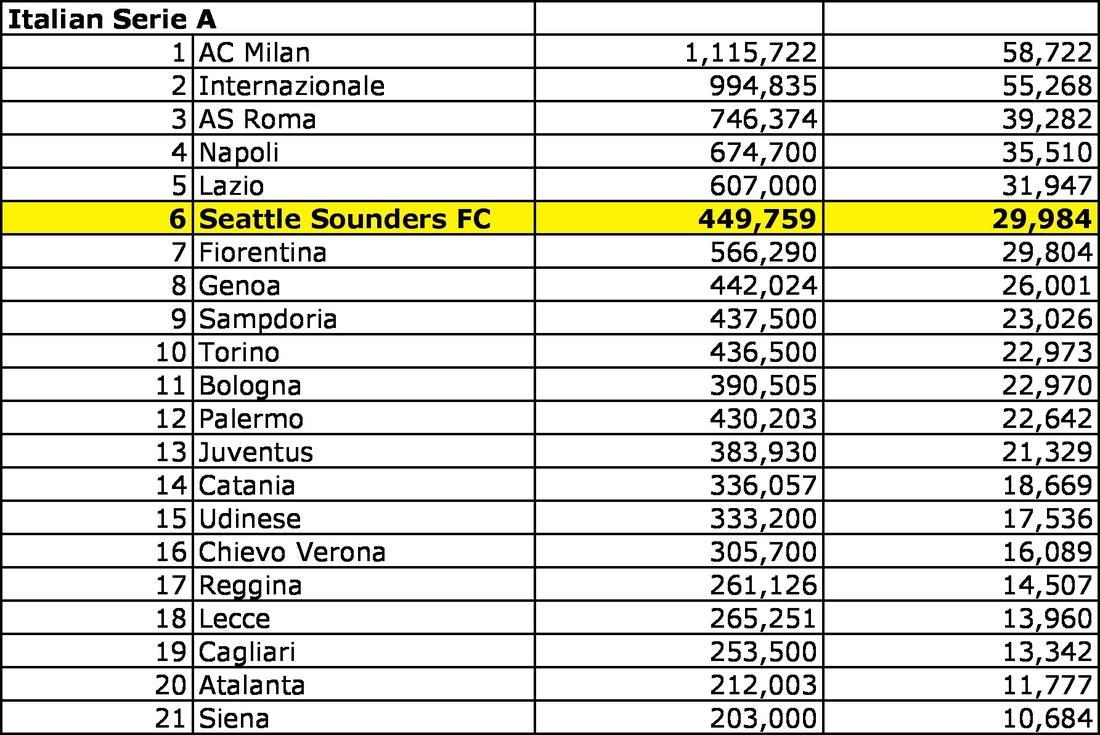 ...3rd in the Scottish Premiere League

Well, that is all well and good, but soccer is not as popular as other sports in the USA, right? Soccer could never surpass our national pastime, baseball, could it? Well, check this out, the Sounders would be 13th in Major League Baseball with over 2,000 more fans per game than the resurgent Mariners. 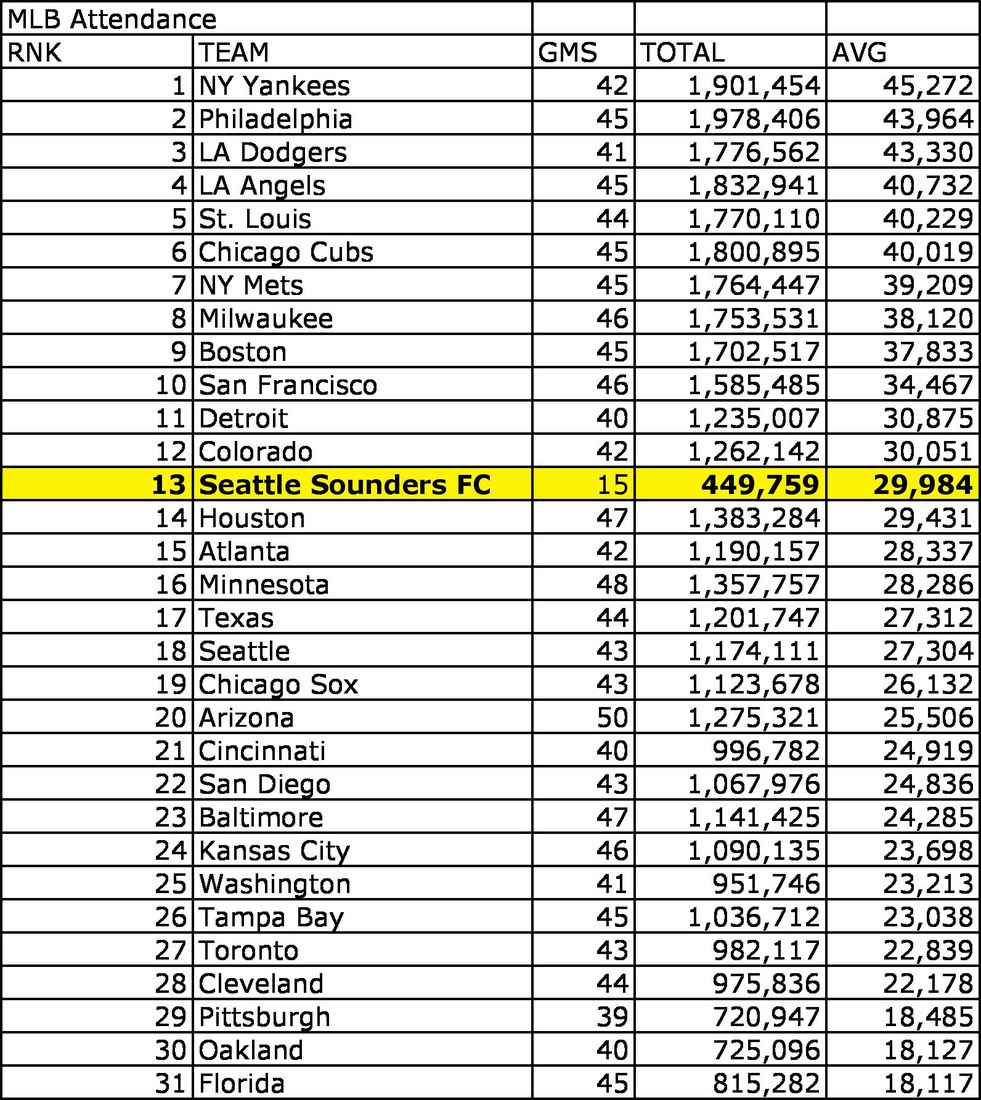 Seattle attendance is not just respectable, it is downright impressive, so kudos to the Sounders fans who have been going and look like they will continue to go. There is no reason to think we will see a drop off in the following season.

On Saturday, we will see QWest's beauty as a soccer stadium to its full extent: with a sell out crowd of 67,000 to see Chelsea. The question is, can Seattle find a way to one day fill out the 67,000 seat stadium against the likes of say... the San Jose Earthquakes.

If they can, the Sounders fan base and attendance can go from solid, to downright elite. I hope we see that day.