The Newest Member of the Sounders Family

Share All sharing options for: The Newest Member of the Sounders Family 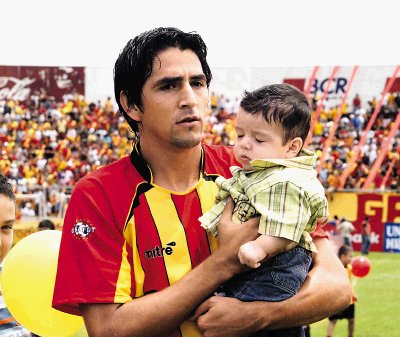 For those of you who haven't seen it, this just in from the Sounders FC press people:

RENTON, WASH. – The Seattle Sounders FC have signed Costa Rican defender Leonardo Gonzalez, it was announced today. Per Major League Soccer and club policy, terms were not disclosed. Gonzalez’s signing will be finalized upon receipt of his P-1 work permit and International Clearance.

Gonzalez, 28, will join Sounders FC after completing his call in to the national team for the CONCACAF Gold Cup. He has been capped 59 times by Costa Rica, including three starts during the 2006 World Cup.

"It’s nice to have to have a naturally left-footed player. He can play left back, play center back in a pinch, and he can also play wide and run the whole line for us," said Sigi Schmid, Sounders FC coach. "He is an attacking left fullback with good size and athleticism. He’s very willing to get forward out of a defensive position and does a good job defensively."

Costa Rica currently leads the final round of 2010 World Cup qualifying in CONCACAF. There are five qualifiers remaining, beginning August 12 at Honduras.

The Ticos open Gold Cup play on July 3 against El Salvador in Los Angeles. They face Jamaica in Columbus on July 7 and complete group play versus Canada on July 10 in Miami. The Gold Cup runs through July 26, with the final being played in East Rutherford, New Jersey.

Gonzalez last played for Liberia Mia, newly crowned champion of the Costa Rican first division. Previously he was with Club Sport Herediano, which was runner-up in 2007.

So, the weakest position on the Sounders team has been reinforced with the arrival of the Costa Rican international. Sorry about that Mr. Wahl. It looks like we won't get too see him in action for another month, but he should help take some of the pressure off of Tyrone and Hurtado and give us another threat from the back besides Riley.