USOC Match Video, + You Know Soccer's Arrived in Seattle When...

Share All sharing options for: USOC Match Video, + You Know Soccer's Arrived in Seattle When... 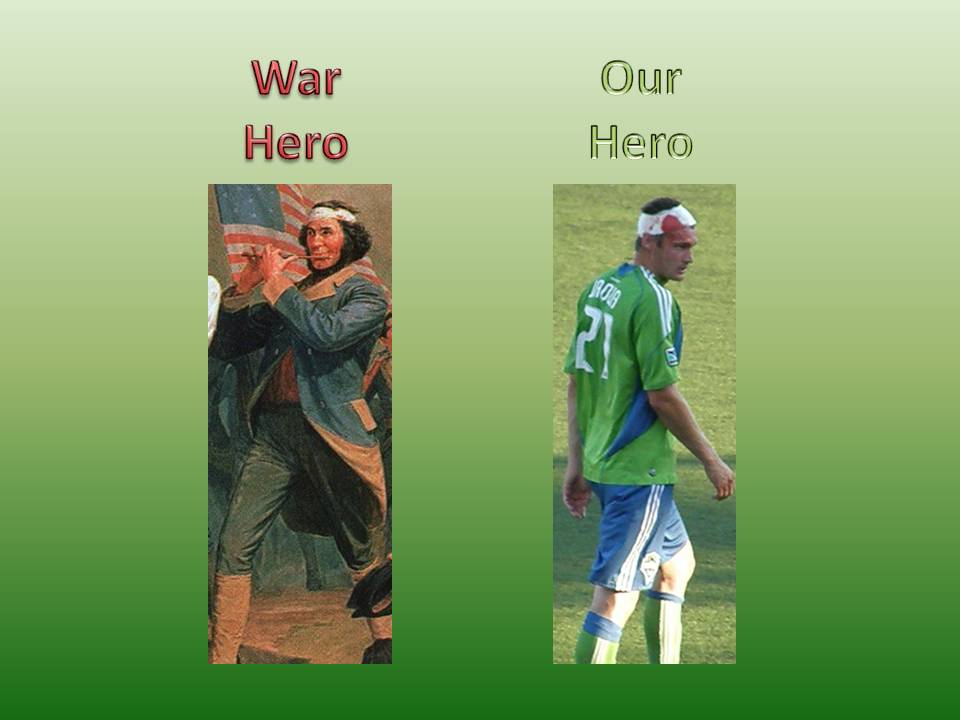 I think this is a crazy week for both Steve and me, but I did want to link to this for anybody who didn't get to see the game, or who wants to watch it again. Match video is up at the official Sounders FC site. Enjoy!

Completely unrelated, here's my most recent "You know soccer has arrived in Seattle when..." story.

We had an app't with the chemo doctor on Monday, and we were hanging out in the waiting room beforehand. I overheard a conversation from down the corridor between two women (which kind of doubly impressed me.) Woman 1 sounded older, Woman 2 aobut twenty-something.

Woman 1: So did you go to that Sounders game on Saturday?
Woman 2: No, unfortunately we couldn't make it to this one.
Woman 3: Well, we were downtown afterwards and those fans were everywhere! And they do know how to party it up!

Made me laugh. You know soccer's arrived when conversation starts appearing randomly in in venues and among people you wouldn't expect to be involved with soccer.