Stamford Bridge in the Seventies? Try Qwest in the Aughties

Share All sharing options for: Stamford Bridge in the Seventies? Try Qwest in the Aughties 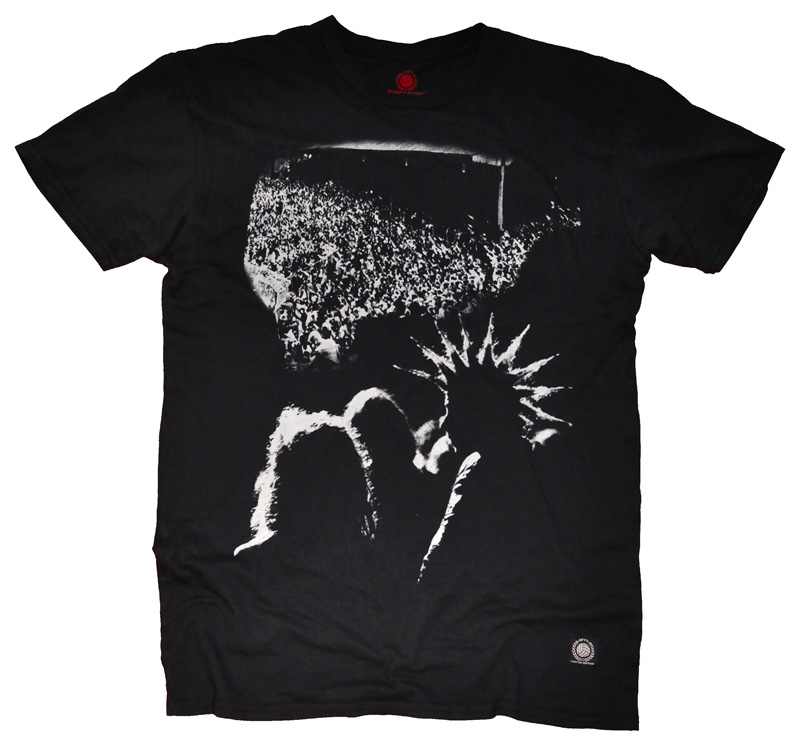 I'm getting all kinds of fun email today. This came from the T-shirt designers at Bumpy Pitch. Their description of the shirt:

When we first started talking with our collaboration partner Nick Egan about the incredible stories of London in the 70's, we always came back to the punk scene that he was heavily into and how he would go to Stamford Bridge to watch Chelsea games. He would go into detail about the areas in the stadium that the "punks" would stand in, the importance of the Shed End and the overall feeling that was sweeping London at that time. Nick would also tell us about times when he was working with bands like The Clash, and how they would leave the recording studio in the middle of a session and head to an abandoned playground to kick the ball around and make executives from the record label join them.

We tried to capture these vibes and the essence of that time in this graphic. The artwork depicts the classic silhouette of a punk standing in the Shed End of Stamford Bridge, set against the backdrop of the rest of the terrace. This graphic is somewhat abstract, but we wanted to incorporate the two cultures in as natural a setting as possible while leaving something to the imagination.

Quite cool. Tell me, though, that your first thought when seeing the shirt wasn't: Qwest, 2009.