Rave Green Links, PLUS the Real Cause of Freddie's Migraines

Share All sharing options for: Rave Green Links, PLUS the Real Cause of Freddie's Migraines 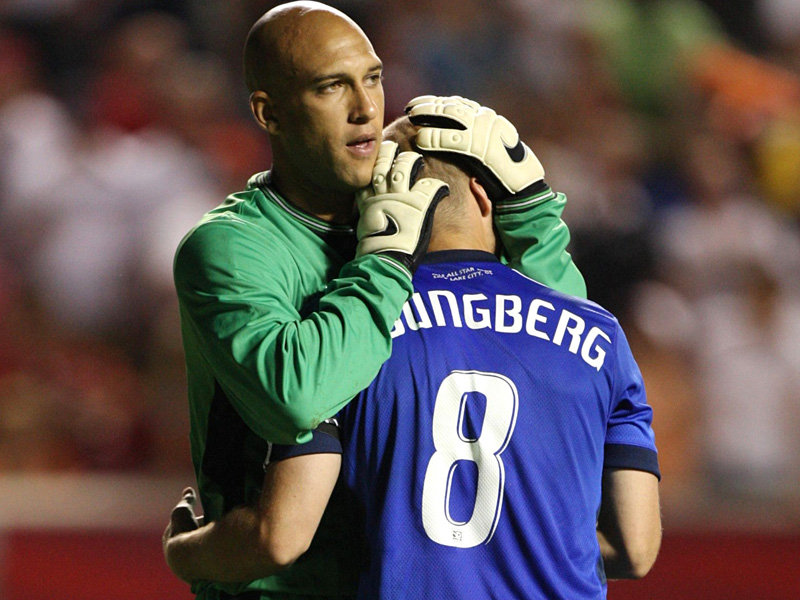 Freddie Ljungberg was hospitalized with another migraine immediately after the All Star game last night. I blame Tim Howard. (Seriously, look at the photo. He's wrinkling the scalp. I don't think that's healthy.)

But hey. At least the timing's good, since Freddie has a two week "vacation" from league games to get this sorted out, right?

Changing the subject, I was just thinking yesterday that I have not done Rave Green Links in ages, and there is a lot of interesting Sounders stuff out there in the blogosphere. (Plus some in the mainstream news-o-sphere.)

And that's all I can think of right now. If you have a link I should have included, please leave it in the comments.