Montero Gets Called Up for Colombia. Which Basically Sucks.

Share All sharing options for: Montero Gets Called Up for Colombia. Which Basically Sucks. 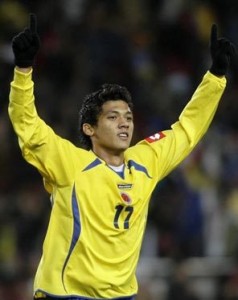 Boys and girls, I have some good news and some bad news.

The bad news is that Fredy Montero has been called up for Colombia and will miss some games.

Okay, screw it, I lied. When you're an MLS team, there is no good news when it comes to international callups. We don't recognize FIFA international dates, so we play our games without our star players. The end.

Okay, sure, having a full-fledged international ups a team's (and a league's) prestige, and theoretically ups the price the team/league will get when kids like Montero finally do leave. And that's something, right?

(So...yeah. Red Bulls. How're all those Jozy Altidore bucks working out for ya?)

So for the San Jose (and possibly RSL) game we'll be missing both the Freds? This is not good. I thought we had a quota we had to fill.