This week I teamed up with Revolution blogger Dave Katz, to take an in depth look at the Sounders v. Revs match up on Thursday at 7pm PST. I asked Dave his five questions about the game, and he responded in kind. You can check out the other half of the game preview below or here at the Revolution Offside.

Steve: First of all, what is up with Sharlie Joseph's ESPN picture? How do they know that is even him?

Dave: All I can say is that Shalrie is a G. That's basically what he looks like. You know how they do in St. Georges

S: How do you think the Rev's participation in the Superliga will affect them down the stretch? They have only played 18 league games (least in the MLS) but have also had 4 contests outside of league play. Is this positive or negative for the playoff outlook? 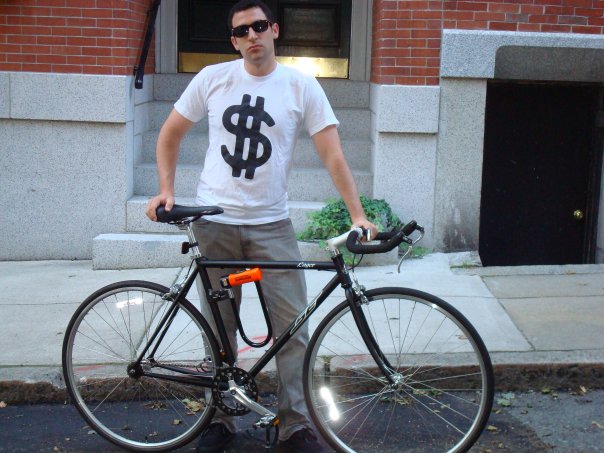 D: New Engalnd's Superliga bid is a positive point for the team. Although they disappointed falling short from last year's win, the international play gave younger players some good high intensity experience that will prove invaluable down the stretch, especially when considering injuries. Although the Revs got out to a weak start in MLS league play, they have played less games and have more time to play with a healthy Shalrie Joseph and recently acquired Jankauskus.

S: Are there any favorable matchups you think the Revs can take advantage of against Seattle?

I htink Shalrie Joseph will have an edge against Alonso, but I can't stress enough the strength of NE rookie defender Kevin Alston who was drafted 10th overall in the 2009 SuperDraft. He is a solid in the defensive position, but is shockingly effective as an attacking back. Look for him to stretch the field for New England providing a offensive reinforcement from the wing.

S: Who are you most worried about in Seattle side, being that Ljungberg is sitting out?

D: Freddy Montero who is scoring just about .5 goals/app and Zakuani, MLS' 2009 number one overall draft pick are the names that come to mind. I think if the Revs can keep these two offensive powers at bay, they will have a greater chance of pulling out a road win in Seattle.

S: Finally, as the only team yet to play the expansion Sounders, what do you think are the chances they can come away with an upset? Do you have a score prediction?

D: I don't personally put a ton of weight on the Sounders as an expansion team. They are very strong and a serious threat, especially to a banged up Revs side who has proved very vulnerable and inconsistent thus far this season. I think the Sounders take this game 2-1 in a game that is hard fought. Look for great goal tending in this match keeping the score low despite a plethora of chances.