Messi Gets High in Seattle

Share All sharing options for: Messi Gets High in Seattle 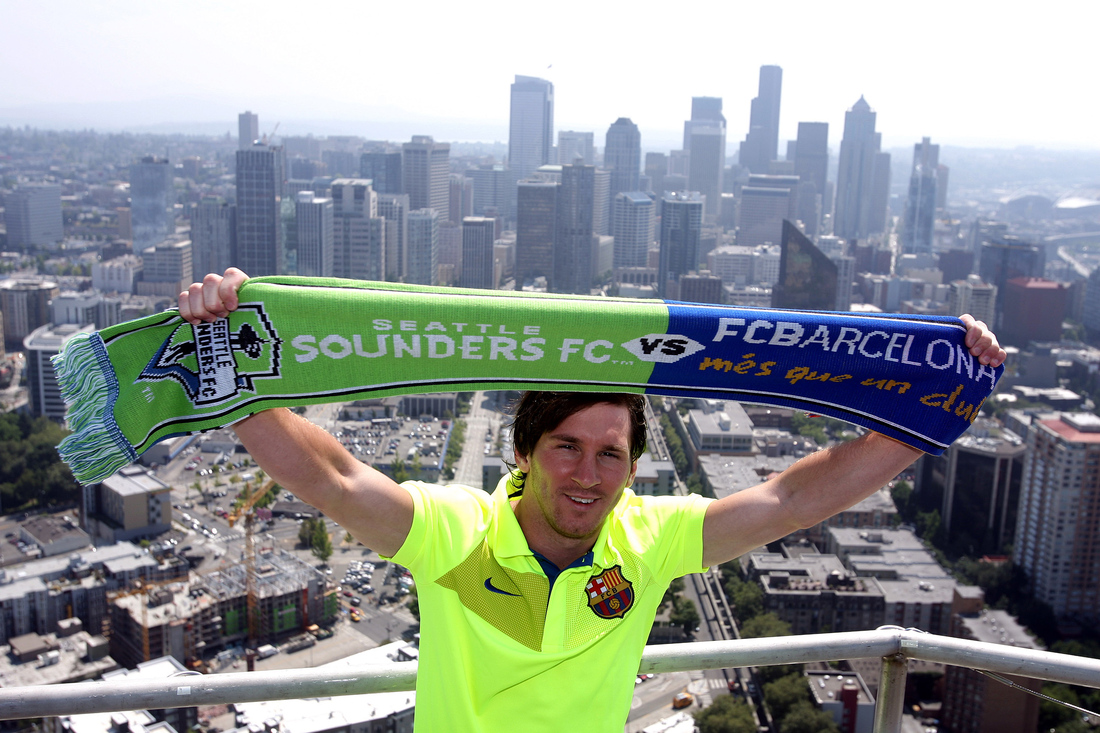 From the press release:

SEATTLE (Tuesday, August 4, 2009) – To commemorate FC Barcelona’s 2009 U.S. Tour, Argentine striker Lionel Messi today participated in one of the most unique photo opportunities to emerge from the city of Seattle. The 22-year-old, considered by many to be the world’s greatest player, made the trek to the roof of Seattle’s historic Space Needle where he showcased a commemorative scarf featuring the team marks of both FC Barcelona and Seattle Sounders FC. He then visited the famed observation deck, where he juggled the ball to the delight of the tourists visiting the landmark.

Fun times, and I am sure everyone is looking forward to seeing "La Pulga" go to work at QWest tomorrow.

Remember to get there early.

Anyone heading to the game??? Any thoughts on the result??? Anyone as disappointed as I am to not see Eto'o... discuss...