Dear Sounders, Because I Know You Were Wondering, Here's What You Can Get Me For My Birthday

Share All sharing options for: Dear Sounders, Because I Know You Were Wondering, Here's What You Can Get Me For My Birthday 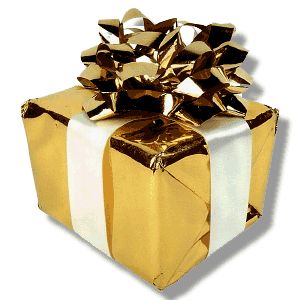 My birthday is this week, and I know you've been waiting for this day so you can help me celebrate. To allow you to prepare, I thought I'd give you a little list of things you can get me.

(Because I'm kind and thoughtful that way.)

And because I am NOT a selfish person, everything on this list will benefit others. Every. Single. Thing. What this means is that I'm fairly certain that this is the kind of list that Mother Teresa would have given you, if only she had lived long enough to be a Sounders fan.

So as you're preparing to give me these things, remember: You're doing it for the orphans of India. Or the drunk guys in the Brougham End. One of those.

1. A spot in the playoffs. This is the most important one. So much so that if you get this, the other presents are pretty much optional. And doubly so if you actually win the Cup and bring us the double.

Although I must state for the record that I am using the word "optional" here in the marital sense. As in, theoretically you could ignore the rest, but it will really be in your best interest here to instead ignore the word -- optional -- and just complete the gift set.

What's that? You mean you've never heard that marital rule? And you've been married how long? Yeesh. You probably believed your wife-and-mother-of-your-kids when she said, "Oh, you don't need to get me anything for Mother's Day" too, didn't you? (At least the first time.) I think that what this means is that with this post I am NOT just asking for altruistic gifts that will benefit all Sounders fans. I am also saving marriages.

(Yet another of the many services we offer at Seattle Offside. You can thank me by providing numbers 2-4.)

2. A ringtone of the Sounders Theme Song, as played by SoundWave. There are not words for how much I want this on my phone. I am serious. I went searching and found a downloadable version (not SoundWave) available only for the iPhone, but nothing for my Verizon-based, low-tech phone. This needs to be fixed, and the sooner the better.

3. And while we're at it, a SoundWave CD. I'm willing to wait till Christmas, provided it contains the Sounders Theme Song, Knights of Cydonia, and Samba de Janeiro. Is that too much to ask?

And finally and most importantly and least about me:
4. The one I can't think of a clever title for. This one goes out to our owners/management.

I'm pretty sure you guys are aware that the Collective Bargaining Agreement with the Players Union will need to be decided before next season, or we could be looking at a strike. As I'm sure you know, a strike would be disastrous for the league and the sport.

I'm also sure you know that Seattle has completely changed the business model that MLS has been utilizing. You and Toronto have come in and shown that there CAN be interest in soccer in the US, and that a franchise can be profitable in it first year, and that if you handle it right, the fans will come.

What does this mean? It means that, for my birthday, I'd like to see you do the right thing. Don't make the players the enemy. Instead, use your clout as a successful franchise to help set up the league to grow financially and compete internationally. And whatever you do, don't allow yourselves to be forced to fall in line behind whichever plan loses the laziest owners the least amount of money -- something that has happened far too often in years past.

Treat the guys in the union right (since they're our guys, remember) and we, the fans, will throw our support even more behind you.

(Plus you'd make this pretty much the best birthday ever.)