In the Face of Yet ANOTHER Draw, Five Things That Can Still Make You Smile

Share All sharing options for: In the Face of Yet ANOTHER Draw, Five Things That Can Still Make You Smile 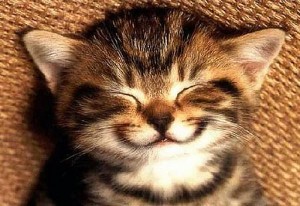 Yes, another draw. That would be our eleventh. We're not knocking ourselves out of the playoffs, exactly, but we're not doing much to move towards them, either. And this is especially disheartening when we think about the fact that we have completely dominated yet another game while being utterly unable to put the ball in the net.

But life is not all bad. To prove this to you, fellow Sounders fans, I would like to point out five things that are still worth smiling about.

5. Beer. (Does this even need saying?) There's something about a cold beer on a cool day, purchased at halftime after it's become clear that this will be yet another game where you're not going to want to be aware of every detail...

So, yeah. Beer is worth smiling about. And not only that, these draws are good for your immortal soul. Here, I'll prove it to you:

He who drinks beer sleeps well.
He who sleeps well cannot sin.
He who does not sin goes to heaven.
Amen. -- Unknown German Monk

So there you go. (I think that kitty up there agrees with us.)

4. I'm pretty sure we have by far the best, most talented non-scoring goalscorers ever in MLS history.

Think about that for a second. Fairly certain this is something to be proud of.

After a beer or two.

3. Nate Jaqua didn't play because he's still suffering from the after-effects of a concussion.

Oh, wait, that's not supposed to make you smile. Because that would make you a horrible person.

What will make you smile is realizing that he can go back on the field soon, because we all know that he will never reinjure his head through having it come into contact with a ball.

2. The phrase, "...but Player X had already been blown offside."

As in, "Fredy Montero puts the ball in the net, but Steve Zakuani had already been blown offside."

(Pretty sure this phrase was created just to make me giggle.)

You are so immature.

1. And finally, not sure if this will make you smile, but it's sure as hell making me smile. As of last week, my son is done with chemo. Thanks for everything positive you've sent our way over the past few months. And please keep it up over the next five years of tests and scans, so we'll eventually be able to declare this chapter officially over.