What Do You Think? Do We Still Have a Chance?

Share All sharing options for: What Do You Think? Do We Still Have a Chance? 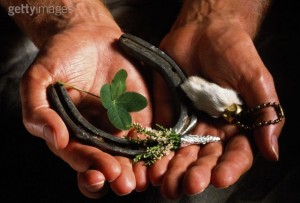 In some quarters, the grieving process has begun. I'm hearing murmurings of Well, it was good while it lasted...

There's no question that Seattle seriously damaged its playoff hopes yesterday. If DC United continues to have its way with San Jose as they did in the first half of the match, (and if my math is correct), we will be in eighth place tonight -- just BARELY holding onto a playoff spot.

It could have been a lot worse this weekend -- we were helped out by teams like Columbus and Dallas and New York, and there's still a huge glut of teams in the 35-39 point range. But I don't think that any Seattle fans can say right now that they feel as hopeful now about they post-season as they did even a month ago.

So what do you think? Can our boys still do it? Will we be squeaking into the playoffs, or, come November, will we be licking our wounds and searching all corners of the world for a guy who can bring that missing je ne sais quoi to our attack in 2010?

And if you were Sigi, what would you be doing right now to make the post-season happen?