Share All sharing options for: WalletPop Lists MLS Tickets as Among the "Ten Things You Shouldn't Buy in 2010" 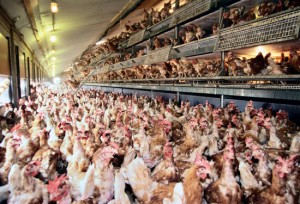 Before we get started, boys and girls, it is the time of year where we must review Laurie's Philosophy on Trialists. So let's take a look at it again:

Trialists are like chickens. You don’t want to give them names, because then you get all attached, which means your heart gets smashed to pieces when you take a look at the preseason chopping block and see their little heads rolling in the dirt.

When they get officially added to the roster, then we can talk.

(I'll make an exception for the SuperDraft kids. Post(s) forthcoming. If you don't agree with my philosophy, David over at the SSE has a post up on one possible trialist.)

But anyhoo. I stopped by a post on WalletPop today (not a regular occurrence) to see all the things I shouldn't buy in 2010. Third on the list, behind handheld GPS devices and country club memberships? MLS tickets.

I was prepared to be incredibly offended, then I read through it and realized they had a point. Once you get through their snarky little, "The success of the latest attempt to start a professional soccer league, the MLS, is questionable," you realize that they're actually talking about the CBA and the potential for a lockout.

While most sports fans know about the huge contract David Beckham received to bring his game to the U.S. from Europe ($6.5 million in 2009), the median player salary is only $88,000, according to the AP. Fifpro, the international soccer pro's union, recently released a statement claiming that MLS owners were prepared to lock out the players when the contract expires on January 31st. MLS president Mark Abbott called discussions of a lockout or player strike premature and counterproductive.

We've seen these standoffs before; remember the lost hockey season of 2004-2005? No reason for you to pony up your money for games that may never be played.

Can't really argue with that, can you?

The CBA expires on January 31. Steve Goff is reporting "positive vibes," which is good, because an agreement can't come soon enough from a marketing standpoint. Because when you've gotten the attention of WalletPop...

I don't think there's a good end to that sentence. So I'm done now.