Next Up on the Agenda: The SuperDraft

Share All sharing options for: Next Up on the Agenda: The SuperDraft 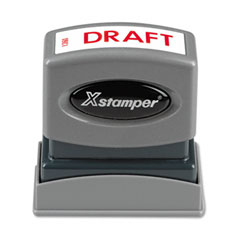 Next up on the Sounders calendar is January 14, the SuperDraft, where the teams pick up the post-college and Generation Adidas players they think will best fit their needs. Four rounds, described here. Seattle picks 11th. (And 27th, Round 2. And 59th, round 4. We gave up our 3rd round pick to Houston for somebody last year. My memory is saying Ianni, but I'm too lazy to look it up.)

There are mock drafts all over the place, which always entertain me as long as it's somebody else doing them. Because you're either a Mock Draft person or you're not. Mock Draft people sit around and analyze things like, "Okay, Seattle needs a goal scorer. But so does New York. And New York picks first. But New York needs everything else, too. So if i were them, I'd pick Player X. Which leaves player Y for the next team..."

Which is a fun game to play. Problem is that you can carry it too far, As in: "Well, in this Mock Draft, Seattle takes Player Y! How will he fit in?!" But in truth, this kind of thing is subject to the butterfly effect, where something that happens early can affect everything that happens way down the line. So if New York takes player Z instaed, it affects who the next team takes, which affects who... Well, you get the picture.

I'm kind of more of the "examine the goods, then trust in your coach and GM and prepare to be pleasantly surprised" school, myself.

On the other hand, it is fun to see the kinds of players who are out there and available, and Buzz Carrick always does the best player analysis. Check out these links:

Keep a special eye out for Generation Adidas players, whose salaries don't count against the cap. They tend to go early for just that reason: A risk-free, try-before-you-buy kind of thing. These guys have not yet graduated from college, and GA gives them a little extra protection (including tuition if they don't make it, since playing pro precludes a future in college soccer.)

Unfortunately GA can be a mixed blessing, especially without a reserve league. (Which I'm assuming we won't have again next year, but I'd be happy to be wrong here.) We did okay with Zakuani last year, but a fair number of these players aren't quite ready for prime time, and the current MLS structure doesn't give them much room to develop. So they frequently don't. Which is kind of heartbreaking if you're somebody who cares about talent development in the US. (Or if you have an active maternal area like I do.)

But that is a topic for another time. For now, stop by Buzz Carrick's links. And have fun dreaming about new talent.